Do you know Comic Con?

It is a technology and pop culture event that has been held in the United States since 1970.
“Tokyo COMIC CON” has been held as a Japanese version of COMIC CON since 2016, and this is the fourth time this year.

Tokyo COMIC CON has evolved independently as a festival of Japanese and American pop culture.
We have participated in “COMIC CON 2019” to get a clear overview of the various entertainment events in Japan such as comic markets and game shows! 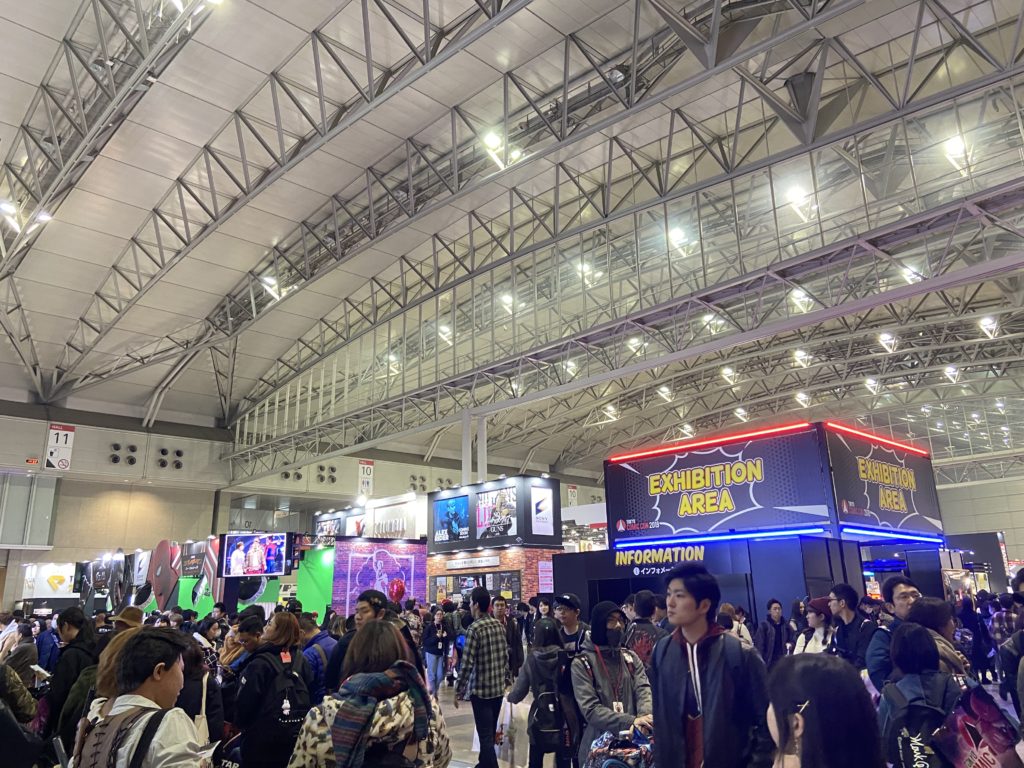 The machine you longed for in Hollywood movies is right in front of you!

The first thing you see when you enter the venue is the display of the machines used in the actual movies.
There was “the bike” or “the car” by famous movies. You can see as close as you can touch.

There were also displays of life-size adult figures and costumes for American comic characters such as Avengers and Batman.
The Avengers area was too popular to get close

Do you see a Hollywood star picture in the back?
When the time comes, a star appears below the photo and you can participate in photography and autograph sessions.
Due to the fact that a waiting line is set up inside the venue, it is strangely empty here during off-hours (haha)

One of the difficult things I feel when I look at these exhibits is that there is a difference in perception of fantasy and science fiction between Japan and overseas (in this case, especially the United States).

Overseas, on the other hand, fantasy works and science fiction works are treated as live-action photographs, that is, “what follows our daily lives.”

In addition to live-action American comics, there are also natural-looking video works using actors, such as Game of Thrones, Star Wars, and Terminator.
The differences between Japanese and American cultures were clearly visible in works that enjoyed unrealistic settings.

Not only video production companies! A wide variety of exhibitions that make Comic-Con

Comic-Con can be exhibited even if it is not related to a publisher or a movie.
In fact, there were many booths in the venue that exhibited and sold figures, armor, and model guns.

Comic-Con has an area called “Artist Array” where illustrators can draw pictures for you!

Prices vary by artist, but you get your priceless picture. This is another unique feature of Comic-Con!

Everything is dynamic. “Differences in the use of space” between exhibitions hosted by Japan and overseas

In addition to Comic-Con, I also go to events of individual creators such as Comic Market and Design Festa, and corporate-based events such as game shows, but I feel that it is harder to compare Japanese events with Comic-Con. Differences in the use of space. “

As you can see from the exhibition of vehicles, Comic-Con uses the space dynamically anyway. In addition, in the case of a venue with a high ceiling, exhibitions and advertisements with a height that will not be completely visible unless the neck is bent nearly 90 degrees are also performed.
As a result, the conductors are difficult to understand, and some of them are crowded or stray at the exit, but you can see the display comfortably.

On the other hand, events hosted by Japan have a very strong tendency to pack up booths. It is easy to arrange the lines and secure the conductors to arrange the booths neatly, and it is suitable for going around the whole area, but it often looks tight.

Although there are differences in the number of mobilizations, the question is, “Is the perception of space so different between Japan and overseas? ], And a new notice.

By the way, the number of people mobilized for Comic-Con 2019 this time was 69,731 people in three days, the highest ever.
We are looking forward to the growing world of American comics and fantasy!