While the coronavirus is rampant, there’s a bright trend emerging in the event industry. 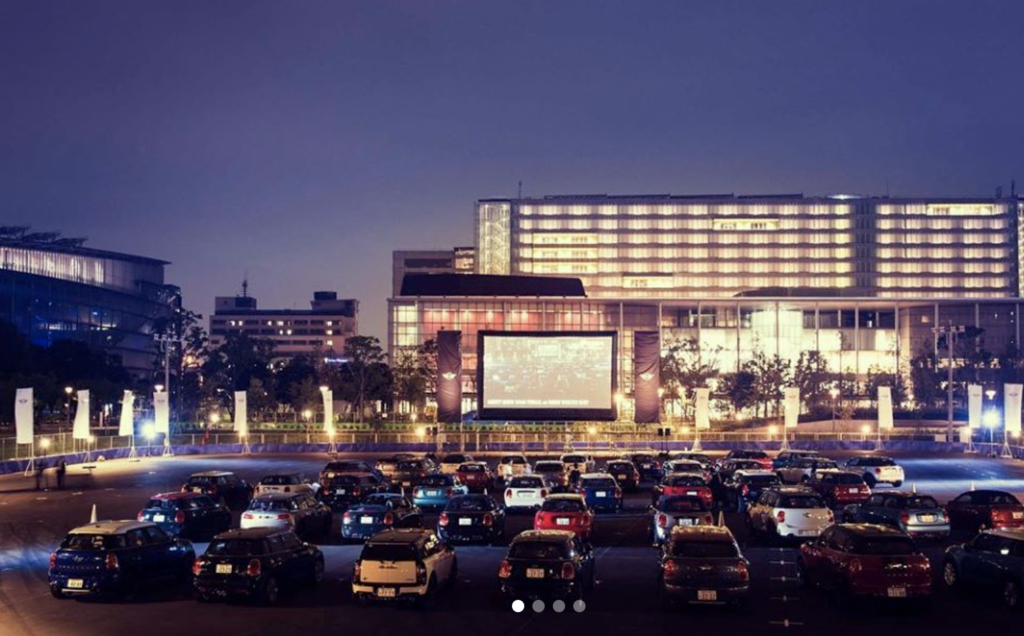 Instagram@doittheatre
Did you know that one of the entertainment venues that boomed during the bubble economy in the 1990s is now attracting a lot of attention?

Its name is “Drive-In Theater”. You can watch a movie while riding in the car. In those days, when young people were all over the place and wanted to get in the car, boys would ask, “Do you want to drive?” to get the girls’ attention. and went straight to the open-air movie theater…it seems there was a romantic time.

This is a drive-in theater that allows you to park your car in front of a huge screen set up outdoors, such as in a parking lot, and watch a movie by emitting audio from inside the car through the car audio system. So, of course, it’s OK to make noise and avoid contact with a lot of people.

Yes, it’s the perfect entertainment for today’s times. And guess what? From the car, the two of us quietly admire the sound playing from the car stereo and the giant screen that suddenly appears outdoors. (Of course, families can have fun too.) It’s so nice! 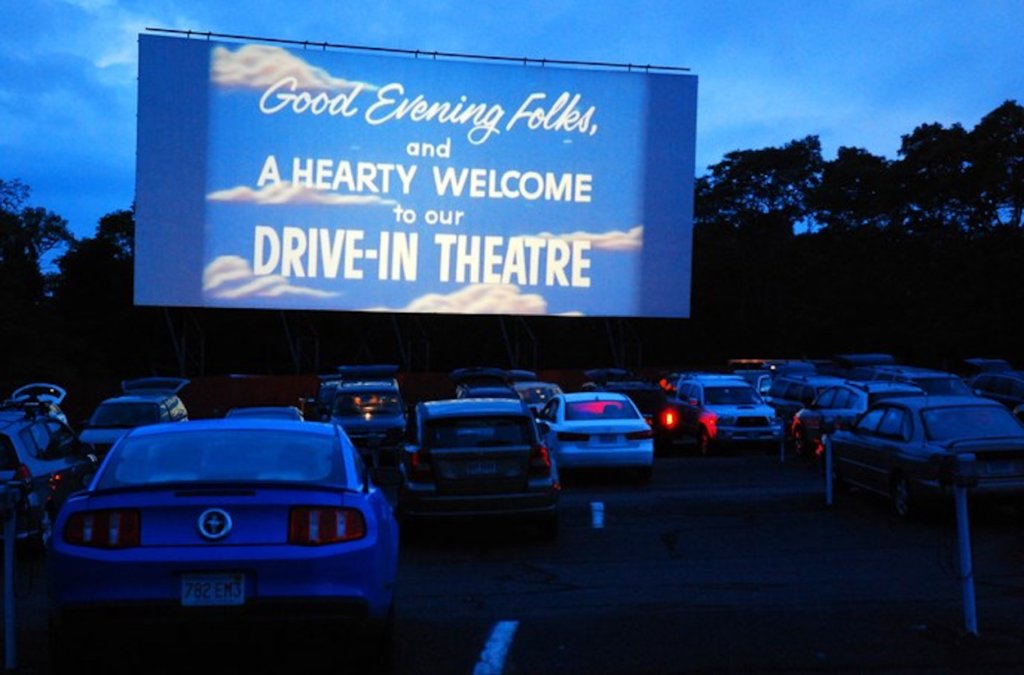 This drive-in theater is getting a lot of attention. The sharp-eyed eventers had already started to get their hands on it early on, hadn’t they?

One of these is the “Drive-in Theater Japan Tour,” which has become the talk of the town by far. Outdoor Theater Japan, which has been working to revitalize local communities through outdoor film events, is leading a project to address the economic crisis caused by the coronavirus, and it will be held in 47 prefectures across Japan, so why don’t you come and take a break?

Hatch, the company behind the “Do it Theater” theater event, has also started crowdfunding and is planning a drive-in theater, and the fundraiser, which started on April 10, has already attracted support from popular comedy duo Bakusho Mondai and movie producer Chikara Ito.

Drive-in theaters are groundbreaking in this day and age where you can enjoy a movie while riding in the car. However, it seems that there are a lot more events being held “drive-in style” overseas than just movies. Here are two examples of this.

Denmark has produced some of the hottest artists such as Dizzy Miz Lizzie, Mu, and Ice Age. Among them, Mads Langer billed as the young number one, gave a drive-by concert.

His fans lined up to park on an open-air stage in Aarhus, Denmark, and his performance, delivered to each car via FM radio, was an inspiration to many tired of the Corona crowd. The concert seemed to be a considerable turnout, with horn cheers instead of applause.

Tickets were sold out within six days of the concert announcement. It seems that the number of copies was a whopping 5 million.

The Big City Beats World Club Dome, a rather large drive-in event, was also held in Dusseldorf, Germany on April 30.

Big City Beats holds its annual World Club Dome in Frankfurt, Germany, and while there are some big, legendary events in the world, this one is one of the most popular events in Germany, with Berlin being the mecca of club music.

Unfortunately, it was supposed to be difficult to hold this year, but it did! The venue is Dusseldorf, away from the home base of Frankfurt. This land is a car town where Mercedes-Benz and Porsche have their headquarters. A car event was held in such a holy place as cars.

This kind of storytelling also grabs your heart. Hazard lamps instead of penlights glow in the dark at the venue. It must have been fantastic.

It is precise because of these hard times that “drive-in” entertainment is back on the rise. What did you think of it? In Japan, drive-in cinemas have been resurfacing since the bubble economy, and this may lead to a variety of new styles of events like those overseas. Times and tides change. However, people’s desire to have fun has not changed since the beginning of time. I hope you can find a way to enjoy it in a lighthearted way that suits you at the time!

The evolution of the Chinese film market, which is chasing Hollywood