Must Check it! 【Park Tower】

It’s no exaggeration to say that the quality of the drawings will determine the strength of the event company, but it’s the drawings that are so important.

As an event producer, you can show your skills in how to change the venue to meet the needs of the clients.

Following on from the previous issue of [Hiten Main Banquet Hall], this time I’d like to show you a drawing of the Park Tower.

Case 1: Want to present the award in a way that surrounds the awardee! 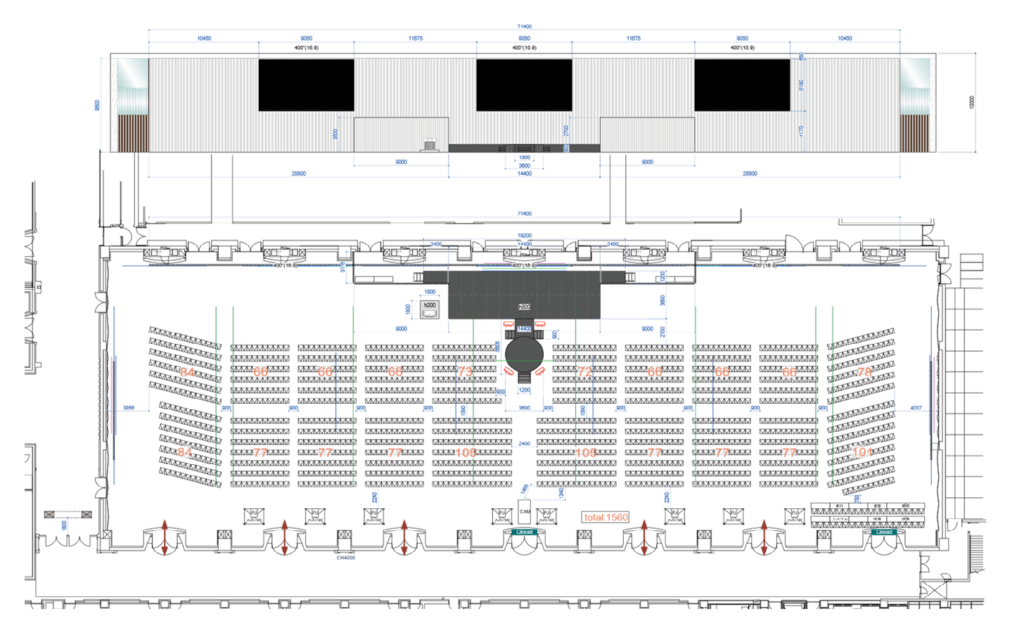 The offer of Case 1 was “want to have an award ceremony that surrounds the award winners”.
However, since Park Tower is a very large venue, it is not just a matter of enclosing it.

The idea was to set up a circular stage and use projection mapping to make it look like everyone is surrounded by the stage.

This allowed the award winners to be recognized on the circular stage surrounded by everyone, while the other participants were able to boost their participation by staging.

Case 2: Want to walk the runway! 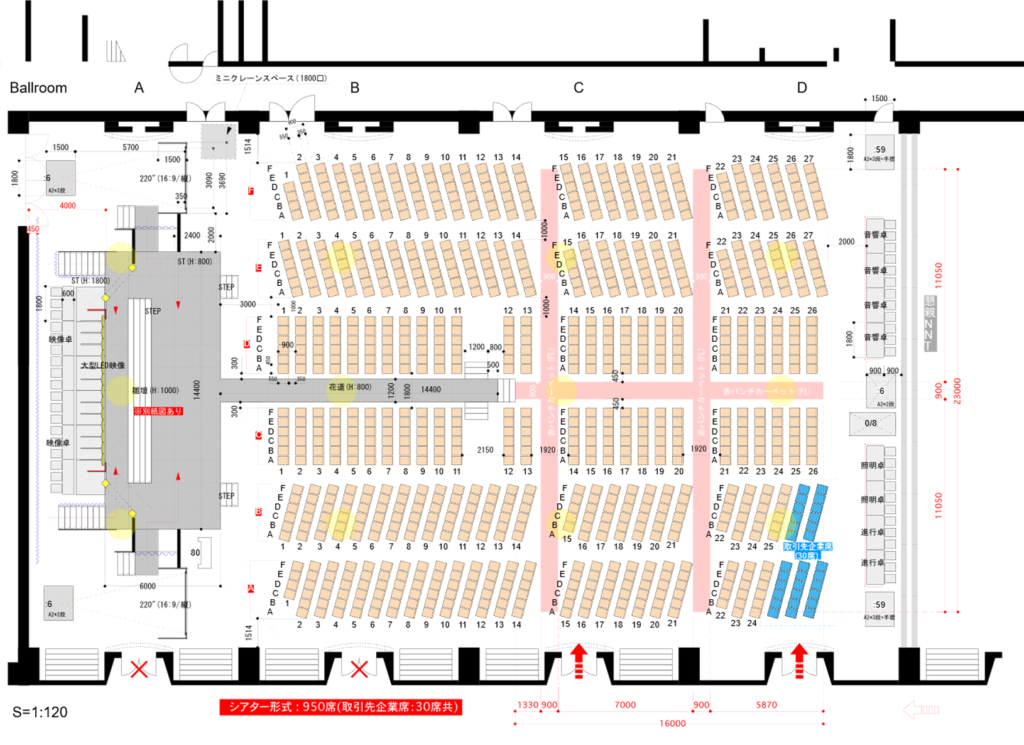 Case 2 offer was “want to make a runway!”
As in case 1, it was used for an award ceremony, but I made a completely different layout in response to the client’s request.

In order to create a runway, the venue had a vertical layout. The runway is long and we have prepared over 14 meters.

In addition, a 400-inch LED screen was installed in the center of the stage to avoid shadows when the award winners went on stage, and the LED screen provides a clearer image than a projector. 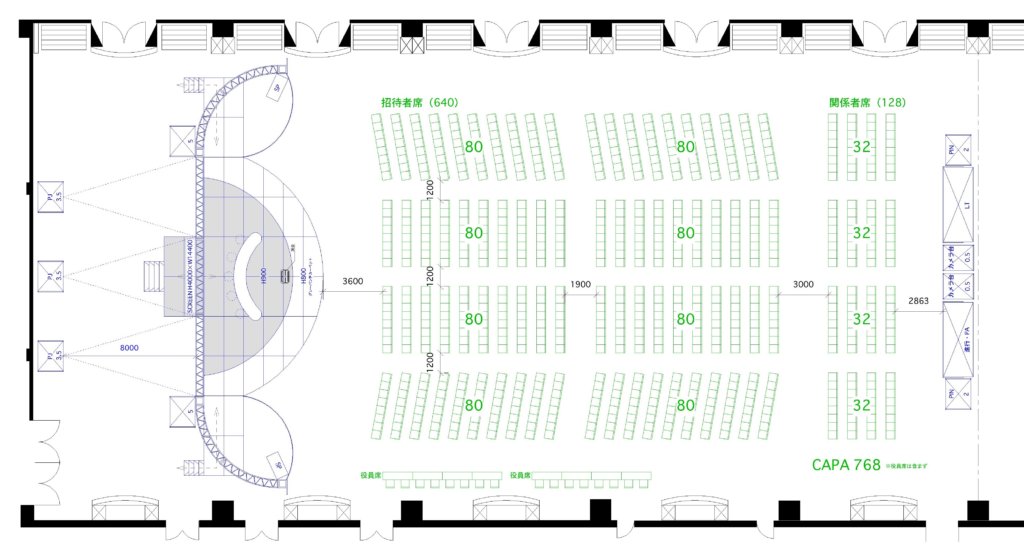 Case 3 was a different use than the previous two. At this time, the order was to have a progressive conference at an opportune time.

That’s where I made the most of the “semi-circular” design stage.
The entire stage was designed in a semicircle shape, and the edges of the stage were also rounded. By doing so, it is possible to create an image that envelops the audience and creates a sense of the near future.

A further feature of this stage is that the stage entrance is located behind the stage. You can also take the stage from underneath the stage center, so you can get the attendees excited from the beginning of your appearance.
The screen, which is the lifeblood of the conference, was installed in front of the conference with a large 14m x 4m screen. Coupled with the curved stage, it gave a different impression.

Large venues can be set up on a large stage, so we can create a bold layout to meet the needs of our clients. I hope you’ll take a look at it for reference!

The 2020 induction ceremony was held! – Comments from the four newbies