It is too hot ~! I’m about to melt ~!
I want to go somewhere! Someone please take me.
So, I will introduce the 10 selected EVENTS 10 of the world I want to go. 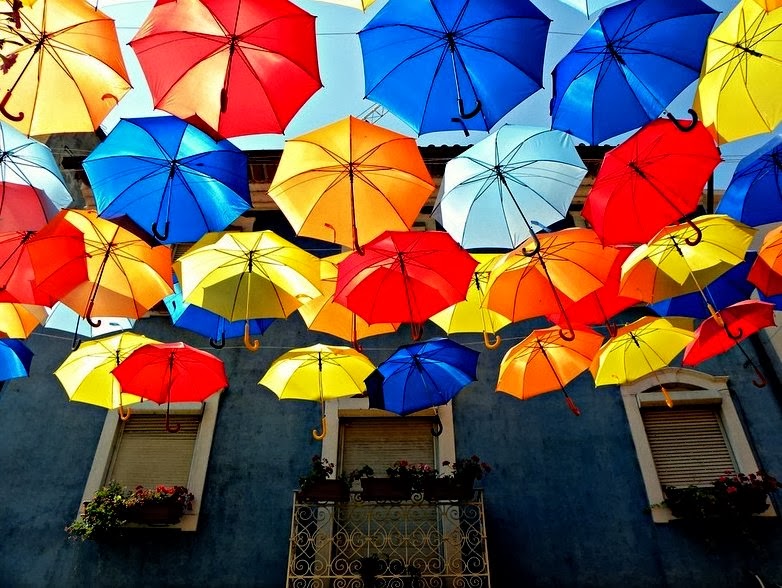 Photo via : THE FLYING TORTOISE

When people look up, a colorful umbrella is on one side of their head.
What a fantastic sight spreads is part of an art festival called “Ageda Gueda”.
It is an effort called “umbrella sky project” that began in 2012,
Among the cities in Portugal, the host city of Agueda has particularly strong sunlight.
it seems that the beginning was to use an umbrella to prevent it.
However, Agueda is a city without having heard it again …
Using things around us to create such a wonderful space is … Mischievous Agueda. 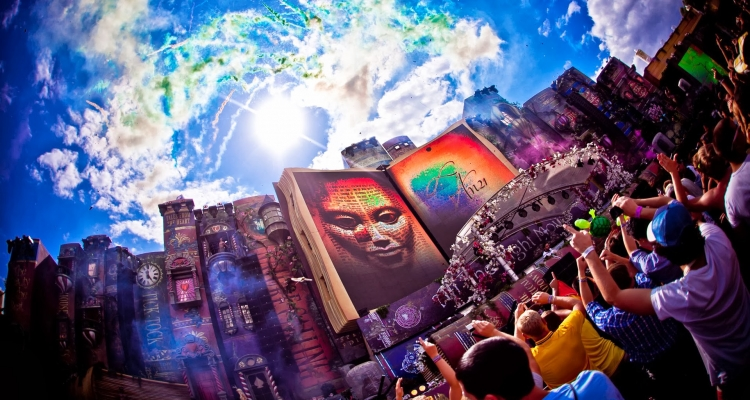 One of the world’s top three major EDM (Electronic Dance Music) festivals.
It has been held in Belgium every year since 2005 and now has 180,000 visitors for 3 days!
(Ticket will sold out in 90 minutes)
The TOMMOROW LAND is currently planned for all employee training in 2017 at the GP.
It is a mysterious stage. I was wondering how much the stage cost?
I also want to design such a stage.
Of the three major EDMs, Ultra has already landed in Japan, but is there also Tomorrowland in Japan?
Or GP secretly pulled to Japan! Let’s try it! 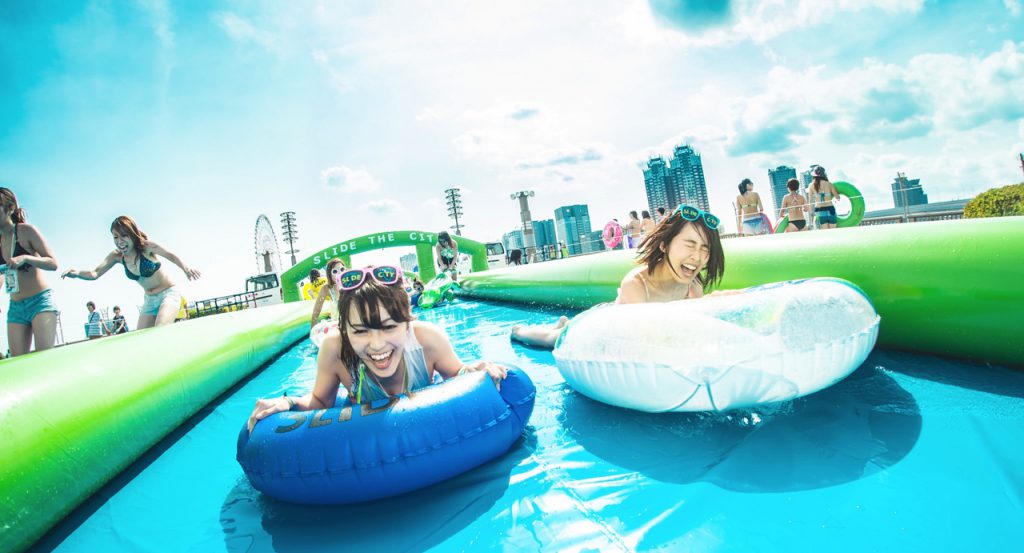 The “Water Festival” which first landed in Japan last year and was frequently featured in the media.
We slide in the middle of Odaiba with a super-large waterslide with a maximum length of 300m!
It seems so fun …!
Last year 30,000 people participated in this festival, but it seems that “two-hour WAVE system” (two-hour unlimited ride) will be introduced from this success. 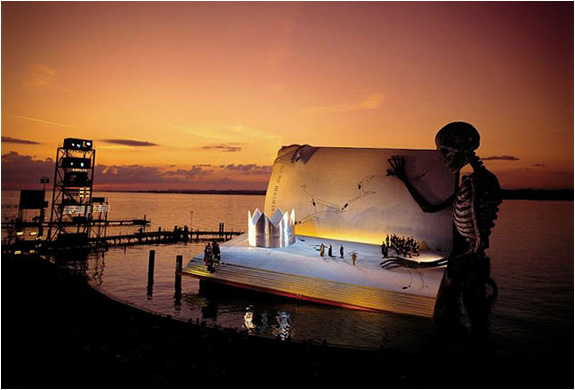 Photo via : bless this stuff

This is an opera music festival held on a lake in Austria.
The stage is already diagonal…
It has been held since 1946, and a total of 200,000 people have been gathered in four weeks.
(Why is there just one known in Japan?)
It is Austria that planned an international festival aiming for tourism nation after the world war
since there was no large capacity hall, they set the stage on the lake
so it seems that the beginning of the music festival started. 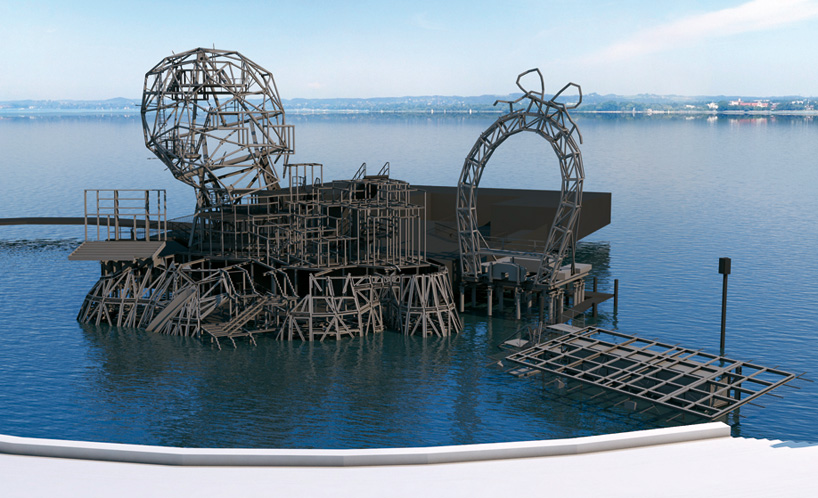 ↓This is what actually like when it is finished 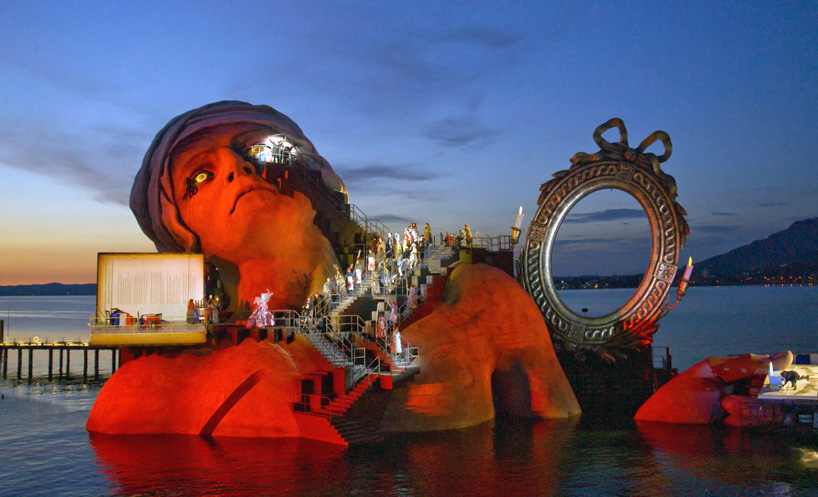 The foundation is concrete, the stage itself is wooden, and it has orchestra pits and dressing rooms.
Not only music lovers, it is an event placed at a glance at the stage artist.

Even CM is announced here and there!
An artist led by Ray Winkler who worked for Lady Gaga, One Direction live, and even the Beijing Olympic Opening Ceremony is in charge of stage design.
It is one of the companies that the GP is benchmarking. 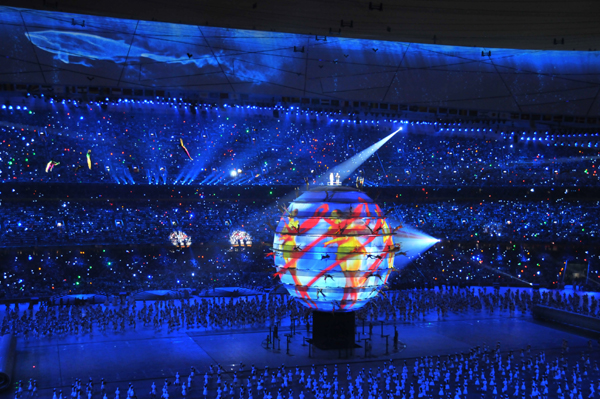 Photo via : Stufish Entertainment Architects
And how did you get this ticket, so I will report again later! 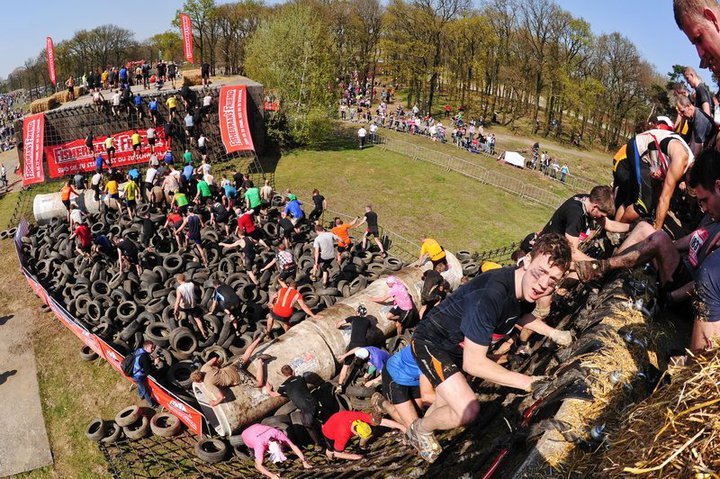 This is the competition for obstacle races that are said to be the “most severe” in the world.
The players who give out a powerful yell start the course at the same time with the signal of the start.
The course has a total length of 24 km, and among the approximately 10,000 participants, the figure of a woman is here and there,
The GP also assists in “Company’s Sports Festival” of around 5,000 people each year.
I would like to propose such content.
(I’m excited about what kind of obstacle to use ☆)
It is an event that people who are watching can get enthusiasm as if they returned to their children’s minds! 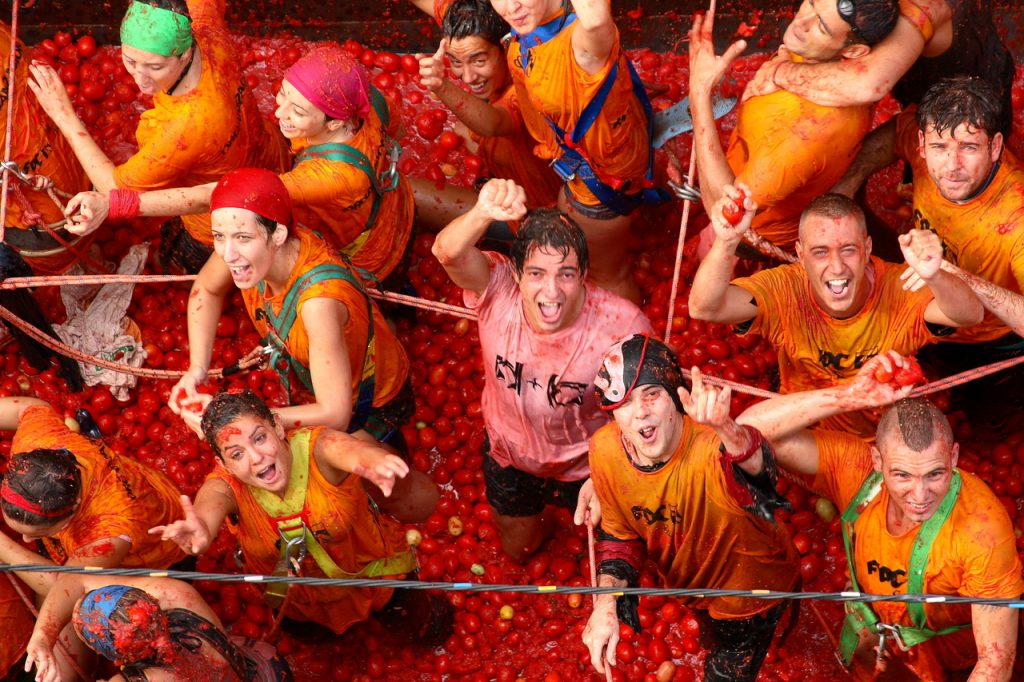 The official name is “La Tomatina”
I will throw 600,000 tomatoes in an hour! ! It’s all red in town! !
After the end, cleaning starts at once with water jets, hoses, buckets.
It is amazing that the town gets back to the original after one hour?

I thought it would hurt if it hit, but it seems that there is a rule of “Crush and Throw” properly.
(Relieved) Yuriko Yamamoto will compete from our company this year. Please come back without injury! 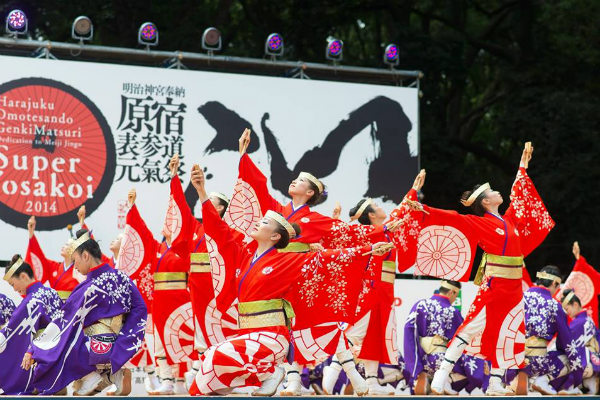 The largest Yosakoi Festival in the Tokyo metropolitan area, which began in 2001.
It will be held in Harajuku near our company. Going to go!
A total of 5331 people from 96 teams presented Yosakoi last year, and it seems that 850,000 people will come to see it in two days.
I am strongly moved by Yosakoi who is unfolded hot in front of my eyes.
This year is August 27 (Sat) and 28 (Sun).
If you have time, please visit there! It is recommended!

So how was it?
Me, Mariko Yamaguchi, want to go to Austria by all means.
Please spend a wonderful summer without losing heat.