In order to approach the GP slogan “Providing world-class event produce”,
I have visited various companies OFFICE of Silicon Valley @ SFO.
(In fact, I was able to accompany with the help of a certain company’s video production …)

By experiencing the “stance” “design” and “feeling” of advanced companies, I would like to connect with GP event service improvement and innovation as much as possible!

First of all, to Oracle. 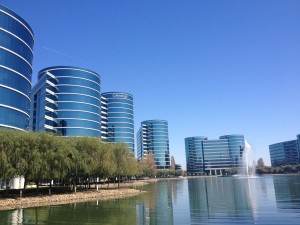 A few days later, Oracle will hold an event called “Oracle OpenWorld” once a year in San Francisco.
More than 45,000 people from around the world gather, and the whole city of San Francisco will be full of Oracle!
We also perform Music Festa, which invites big artists at global IT events (Macy Gray this year)
The head office building is futuristic and looks like one when seen from a distance, but it was a novel form that looks disjointed as I approaches!

I’m a big fan of Mark Zuckerberg since I saw the movie “Social Network”. 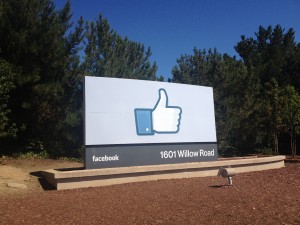 First of all, everyone is taking a memorial photo with a “Like!” pose.
The Facebook office is famous for its playful “Factory look” interior.
Speaking of which, it seems that the president of our company also said that I do not understand well that “We want to have office with factory feeling like Facebook” …

And to Google, command center of Larry Page! 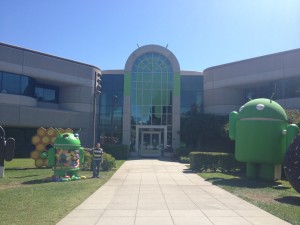 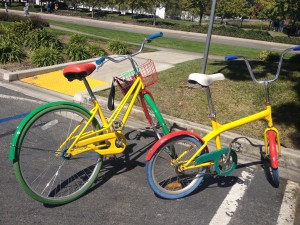 Google’s corporate cafeteria seems to be a super gorgeous special menu of top chefs.
As long as glutton, I’m jealous to them …

I will do my best to keep a GP in a company that keeps making new proposals to the world like Google!

Get off Route 280 and went to the infinite loop. There is a large land of APPLE headquarters.
Unfortunately I was not able to get in, but I think the next iphone 6 research is here!!
Apple started in the small garage of the house where Steve Jobs grew up.
It was a garage that the first Macintosh was assembled …

We are half a year old, still a small office, but next year plans to move?! Everyone, please look forward to the future of GP. 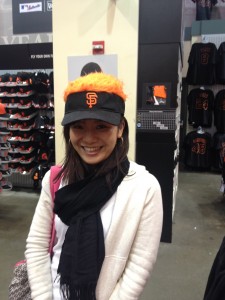 It was the first time for me to land at San Francisco, it was a wonderful city surrounded by pleasant weather and pleasant people!
I would be glad if everyone who read this article could taste it a little bit.