What is the Battle of the Oranges?? – a unique event in Italy –

Hello! It’s Kurosu!
It’s not enough to just look up a festival, you have to go and experience it! so that …
Today I would like to introduce you to “The Battle of the Oranges” (“Battaglia delle arance” in Italian), in which I participated before! 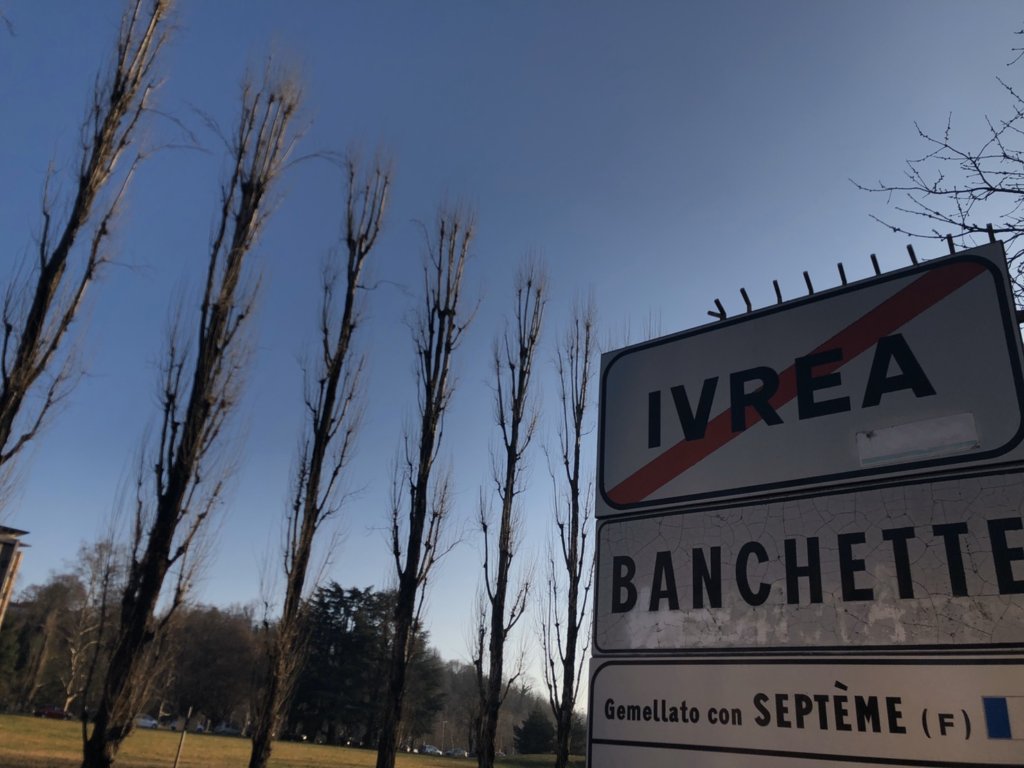 What’s the Battle of the Oranges?

The Battle of the Oranges will take place in the small town of Ivrea in northern Italy.
The town itself is small, but this event is the biggest food event not only in Italy, but also in the neighboring country.

This event is, as the name implies, a “dangerous festival of throwing oranges at each other”!

The current style dates back more than 70 years, when the first Orange Festival team was formed in 1947.
Incidentally, it is now being held with nine teams.

What exactly do we do when we break into teams?
Throw oranges each others as you can see in the picture! 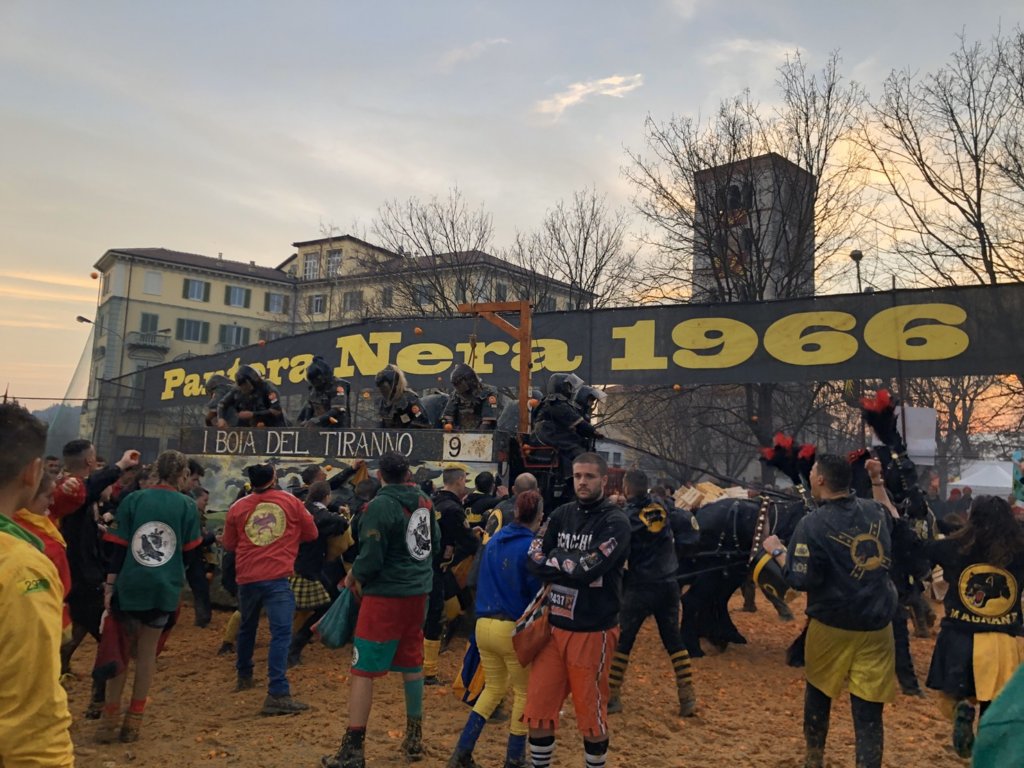 You can see how dangerous it is by the fact that the person playing the lord is wearing a full face mask.
But how did such a dangerous festival come about?

The origin was attempted crime?

This Ivrea was no exception, and the commoners’ discontent with the nobility was growing.

It was at this time that an incident occurred in which the lord attacked a young female citizen.

Lo and behold, the female citizen who was attacked had attacked on her lord!
What a cool she was!

This incident was the catalyst for a civil uprising in Ivrea.
That’s how it turned out to be a celebratory day when citizens stood up.
Throwing oranges at each other is also modeled on the battle between the nobles and the citizens.

Incidentally, the Orange Festival isn’t just about throwing oranges at each other, it’s also about parades. You can see the woman who became a hero in that parade!

Members of the public participated in the parade and played…
Huh?
Hey! The people who wear green in the picture! Look at their instruments! Those don’t make sounds, do it? I mean, it’s not a musical instrument, is it?
Italian cheerfulness and humor are the best! haha

#don’t stop the economy! The “LIVE CONVENTION” event will be held!