Everyone, long time no see.
It is En Setsu from GP.
This TOPIC will teach you all four trends from China in 2018. 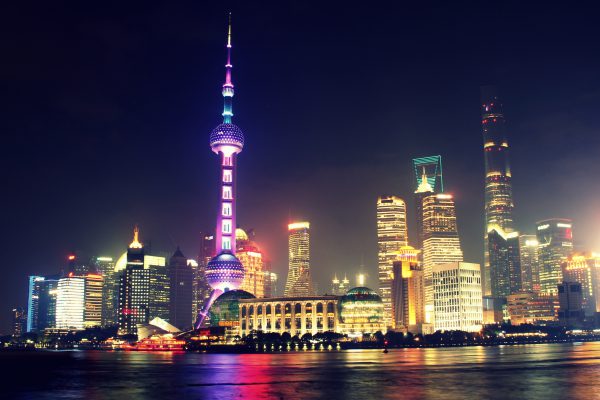 It is November 11, which is said to be the day of “Pocky Day” in Japan, but it is considered as a “single day” in China.
The “single day” is also called double 11, in Chinese “Twin 11”, and is an anniversary for singles and singles who do not have a boyfriend or girlfriend.
The first, I would like to introduce China’s largest shopping website, Tmall, which was launched on November 11, 2009 as a “Gift for yourself” project.
However, the amount of sales was abnormally high, and this day was the annual campaign day.
It is an annual double 11 event that reached on November 11, 2016 (single day), but finally it is a surprising sales figure of 120.7 billion GEN (1,887.7 billion yen). 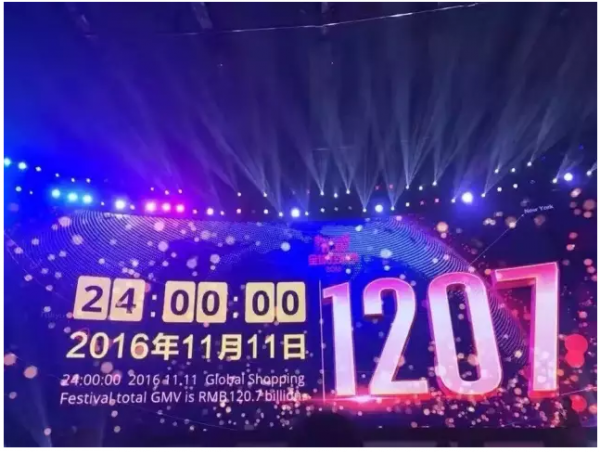 Due to this effect, various Double 11 related events were held all over the country, and all were very successful.
How much social phenomena do they cause on November 11, 2018? 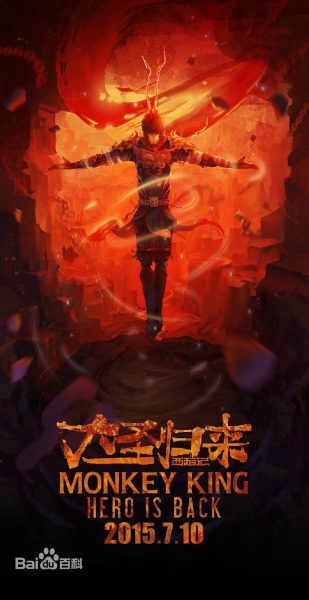 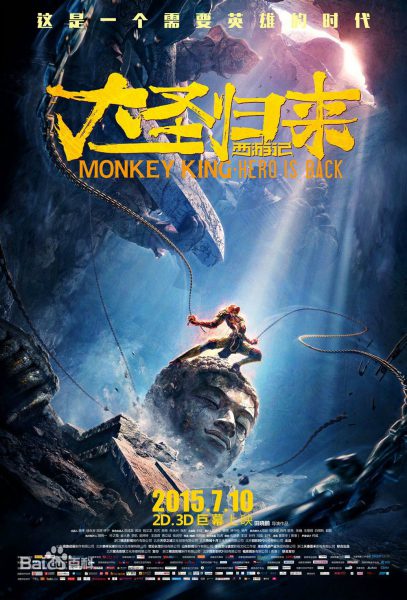 It is a completed work based on the Chinese tradition story.
Beautiful art backgrounds, action scenes full of highlights, and stories that impress from adults to children.
Director Tian Xiaopeng has been planning for eight years, and has completed three years of production, overcoming various challenges.
Meanwhile, there was a request from the investor to change the content, but I refused to keep my idea.
As a result, the investor has withdrawn the funds, the director himself has created the funds and made it to the end.
And there was almost no advertising cost, and it became a big hit with the power and word-of-mouth support of the audience who just saw the movie. 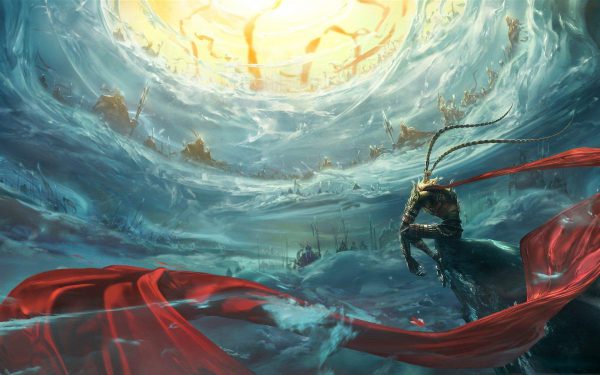 Do you know these two marks that you often see next to the tourist spots in Japan and the cashiers of department stores recently? 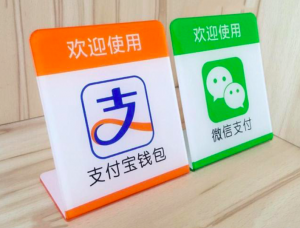 Orange is the mark of the largest online payment system in China, Alipay.
The green one is the mark of the payment system 【Payment WeChat (with Belief)】 using the chat app WeChat (微 信).
The two major electronic payment systems were about to start the industry top competition in 2018.
[Alipay (support treasure)] has been launched in China since December 2004 and is mainly used as a payment method for the shopping website Taobao (Taobao One). The mechanism is similar to eBay’s PayPal.
In 2013, Alipay’s processing of mobile payment services reached nearly $ 150 billion and achieved rapid growth.
Currently, Alipay has over 500 million real-name certified users, and more than 45 million payments processed daily.
According to the 2016 survey results, Alipay has an overwhelming market share of 54.1% in the mobile payment market.
In January 2017, Alipay began handling at all LAWSON stores in Japan (about 13,000 stores in Japan).
They were trying to enter a full-fledged overseas market.

on the other hand,
【Payment WeChat】 is a payment service by social app WeChat.
Free instant messenger app made by China’s leading IT company Tencent: WeChat, the feature is similar to LINE.
The service was launched in China on January 21, 2011, and it was developed as “WeChat” for overseas in April of the same year.
Unlike Alipay, which focuses on the Chinese domestic market, WeChat is centered overseas. According to a February 2015 announcement, the number of registered users is 1.12 billion.
There are also more than 20 language versions, covering 200 countries and regions, and has been found to be the number one social app in more than 70 countries and regions.
Since July 2015, Payment WeChat announced that it will provide services in Japan, and has been introduced to department stores in Japan.
Similarly, according to the 2016 survey, Payment WeChat is gaining market share at a tremendous speed of 37.2% in the mobile payment market. 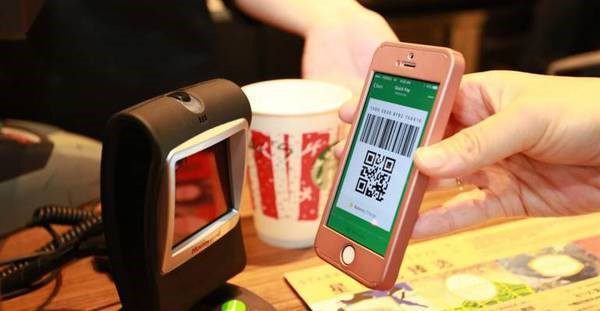 Sina Weibo is a mini-blog site operated by China’s SINA Corporation, combining elements of Twitter and Facebook, accounting for 57% of the total miniblog users in China, and 87% of the number of posts .
Currently, it is one of the most popular websites in China.
With more than 600 million users worldwide as of September 2016, it will be the largest social media in China.

A popular social media tool in China that lets you create an account freely and can send out anywhere anytime.
In recent years, the number of individuals and companies that use Sina Weibo to gain tremendous advertising effects is steadily increasing.
On June 16, 2016, sponsored by Sina Weibo, the top followers of the account invited a person to give a big award ceremony in Shanghai. 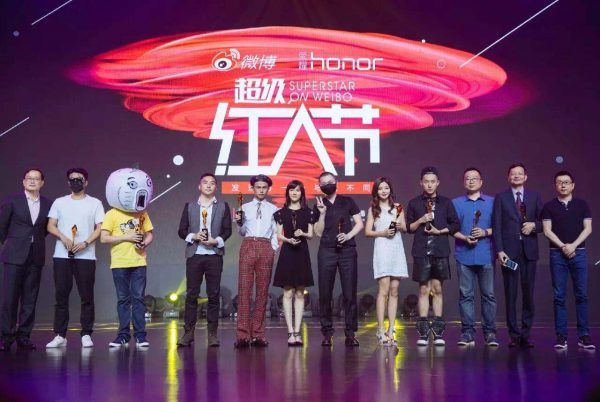 Not all the award winners were talented, but the number of visitors on the day exceeded 10,000.
The success of the award ceremony was also broadcast live, and this event also caught on the trend topic at a stretch.
The popularity of Sina Weibo has also made a big leap.

Why can this be such a trend?

Alipay developers said
“I want to create an environment where even older grandmothers can easily shop online.”
The developer of WeChat said
“I would like to make it easier to connect Chinese people in foreign countries with families in Japan.”
Tmall planned Double 11 with the philosophy “I want to have a day when not only a couple but also a single person can enjoy it”.
Director Tajima “I want to convey the goodness of the Chinese traditional tale to the young people now” started to work making with all my heart.
Sina Weibo held a new type of event because it wanted to reduce the distance between the net space and the real space.

I think that is also the event.
With the conviction that we want to give the best present for the organizers, for the participants,
the event will surely be successful.

What is Internal Branding