Nov. 7-10, 2017
I would like to report on Dreamforce in San Francisco.
Three people from our company went there.
Kohata from GP, Okuya, who is in charge of overseas business, and Motoki, our sales manager.

As for the world’s largest conference, the main concern is its operation and direction.
We have to take a look as a GP aiming for the world’s best event producer company!
So I flew from Japan to San Francisco. 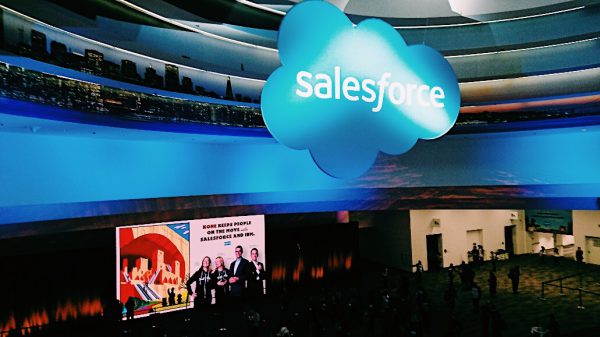 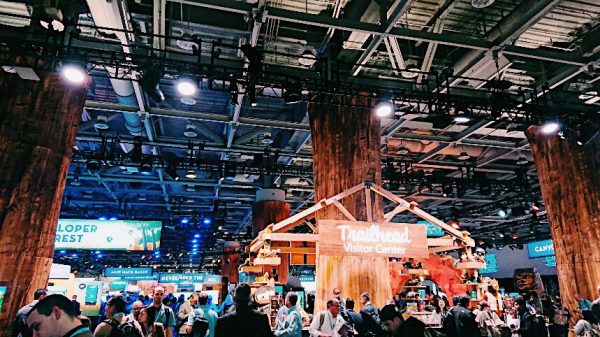 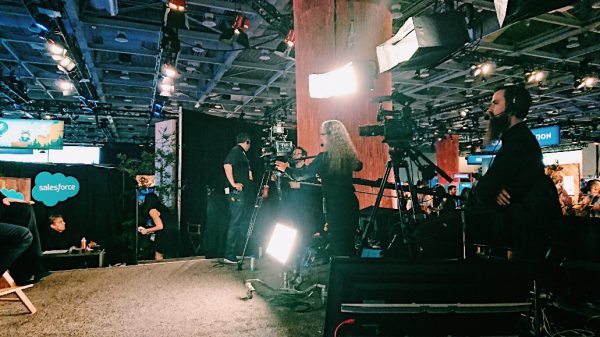 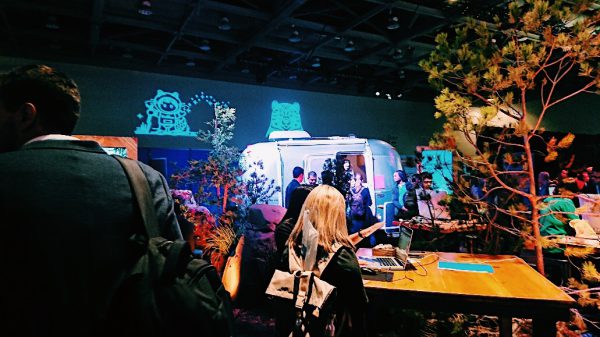 “CAMP?” … CAMP.
Although this is an IT conference, it is a concept design in a different world.
All the staff will pick you up in a uniform like an adventurer.
We have found out that people are working as volunteers.
Here, various presentations are given at Workshop and at each stage. 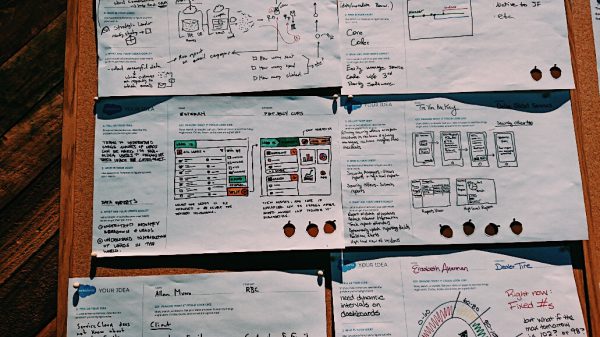 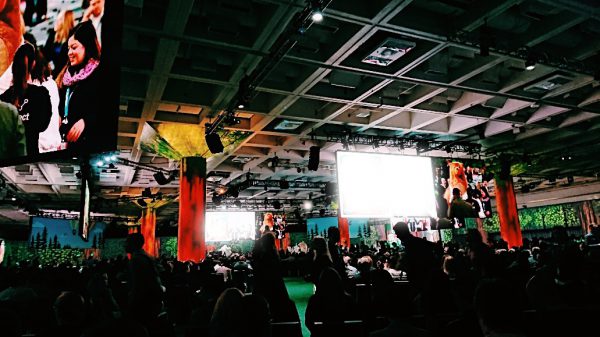 It is the North Hall, the main venue for 10,000 people.
The center has an annual stage in the shape of a cloud, and seats are laid in a circle to surround it.
A total of eight widescreens are installed, of which four are double-sided.
Add spares to each screen and install 4 projectors.
A total of 32 for the front side + 16 for the back side = 48!
Mrs. Michelle Obama appears in the presentation.
After the best presentation, standing ovation standing up at once.
Applause, cheers and whistling! American uplifting is so great! 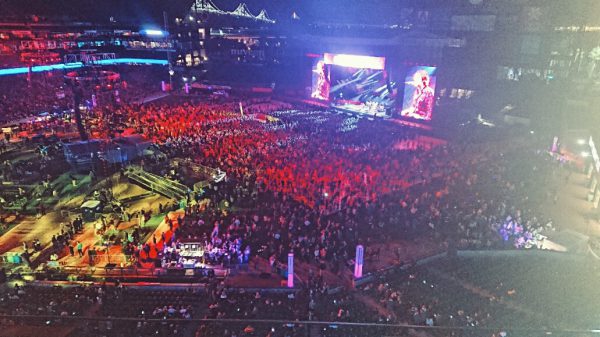 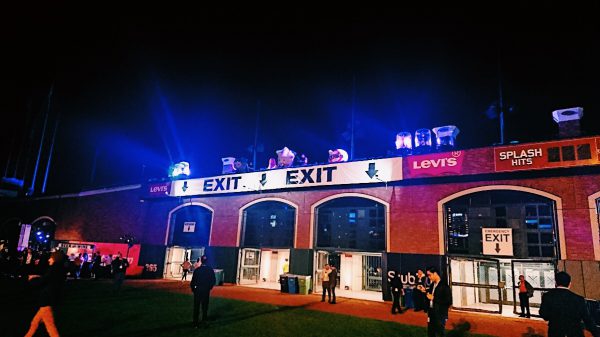 Lenny Kravitz appeared as a guest at Dreamfes at night held at AT & T Park.
A crowd of 30,000 people gathered from all over the world was enthusiasm. 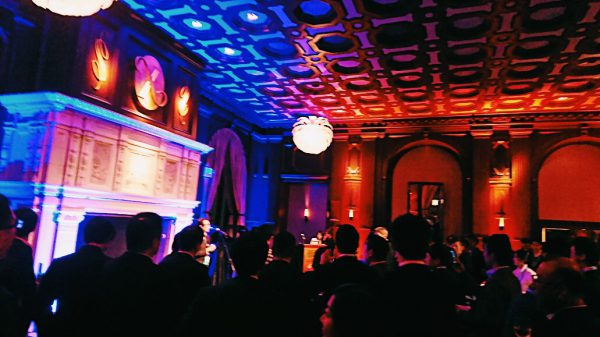 by the way···
In addition to Salesforce, there is also a famous twitter in San Francisco.
Our sales managers, Motoki, said “I will do sales activity to twitter!”.
“Well, I guess they can’t meet you so easily?”
“Good. Always connected. That’s OK! If it doesn’t move, things won’t happen!”
With that momentum, three of us went to the Silicon Valley for sales activity. 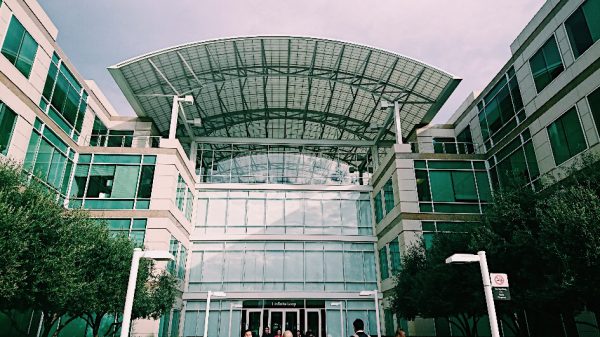 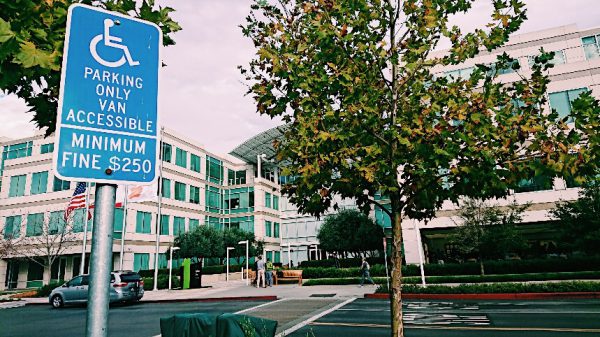 This is Apple headquarters in San Jose.
There are thousands of people around the world who love Steve Jobs, and I am one of them.
Getting miraculous power by standing at this place if we think that Tim Cook and Jonathan Ive are working here? I felt like I received it.
What happened to sales activity? … even when we met everyone. 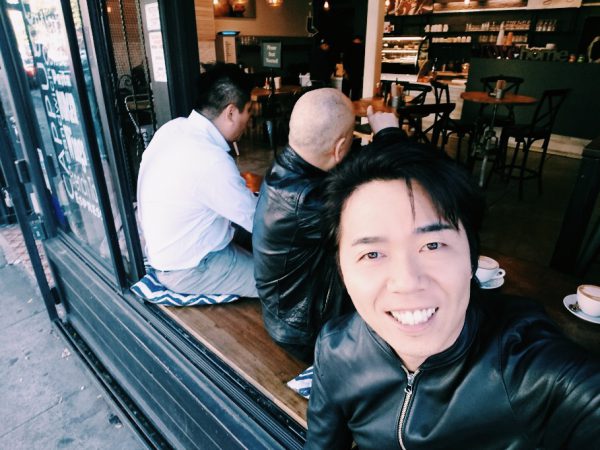 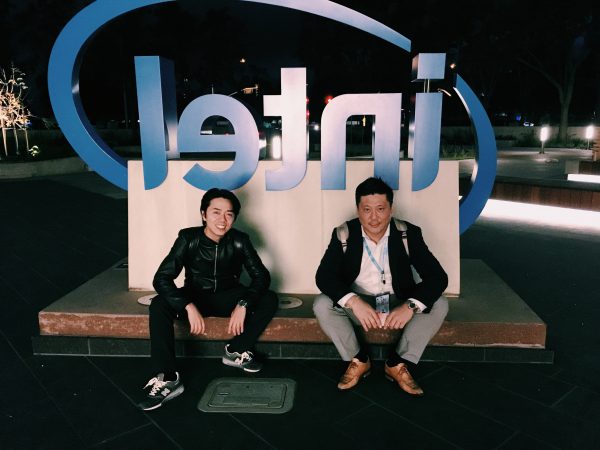 That was a week business trip in San Francisco.
We will continue to participate in events all over the world and increase our ability to produce GLOBAL PRODUCE events so that our customers can trust more!

I know in the Alchemist of Steel! Role of Event Producer

Difference between event and TV