Nice to meet you!
Yamahira here for the first time!

Our GP office is 3 minutes walk from Harajuku station.
This has to go! So, we explored the new station building right away! 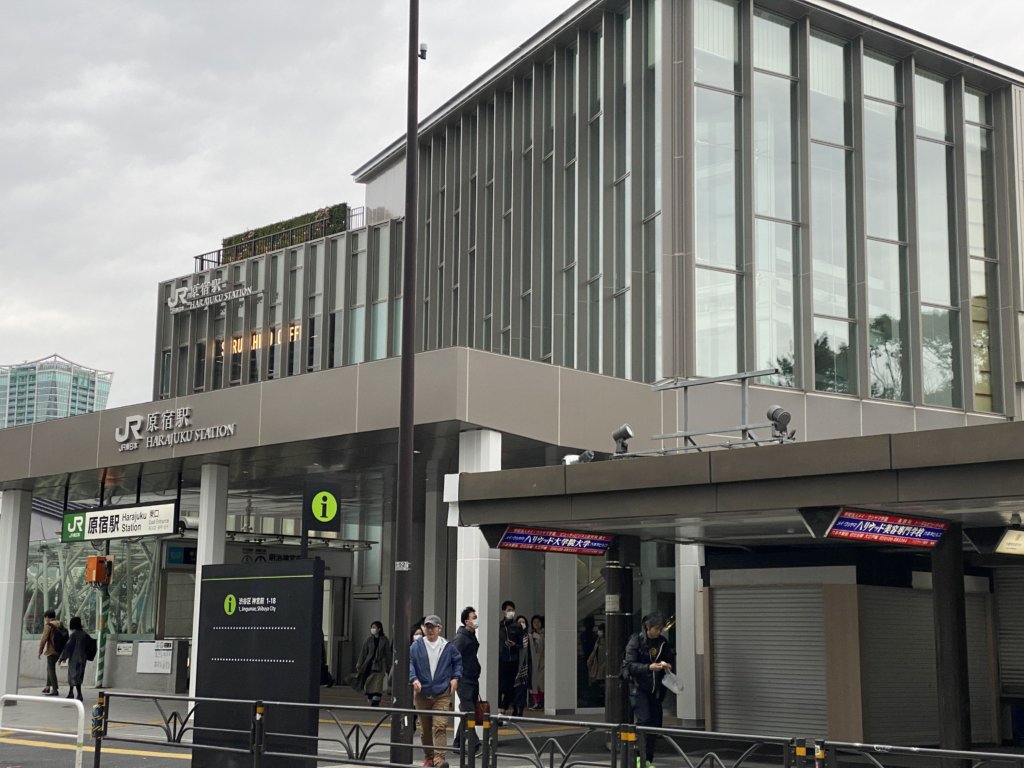 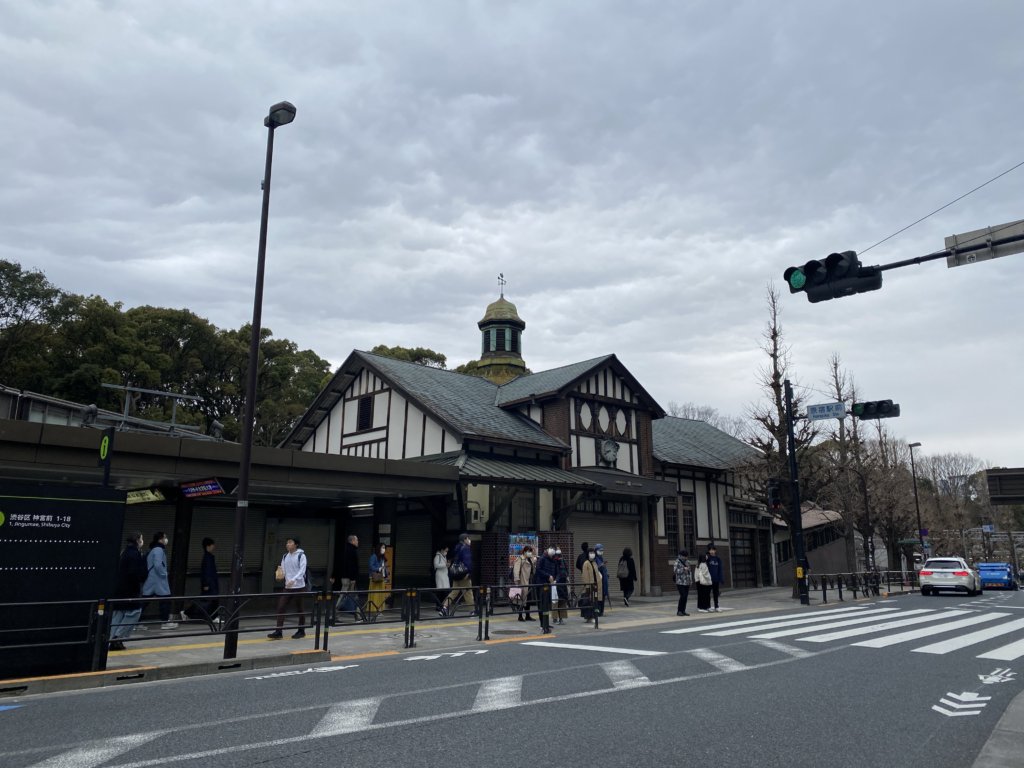 The new exterior of the Omotesando exit! 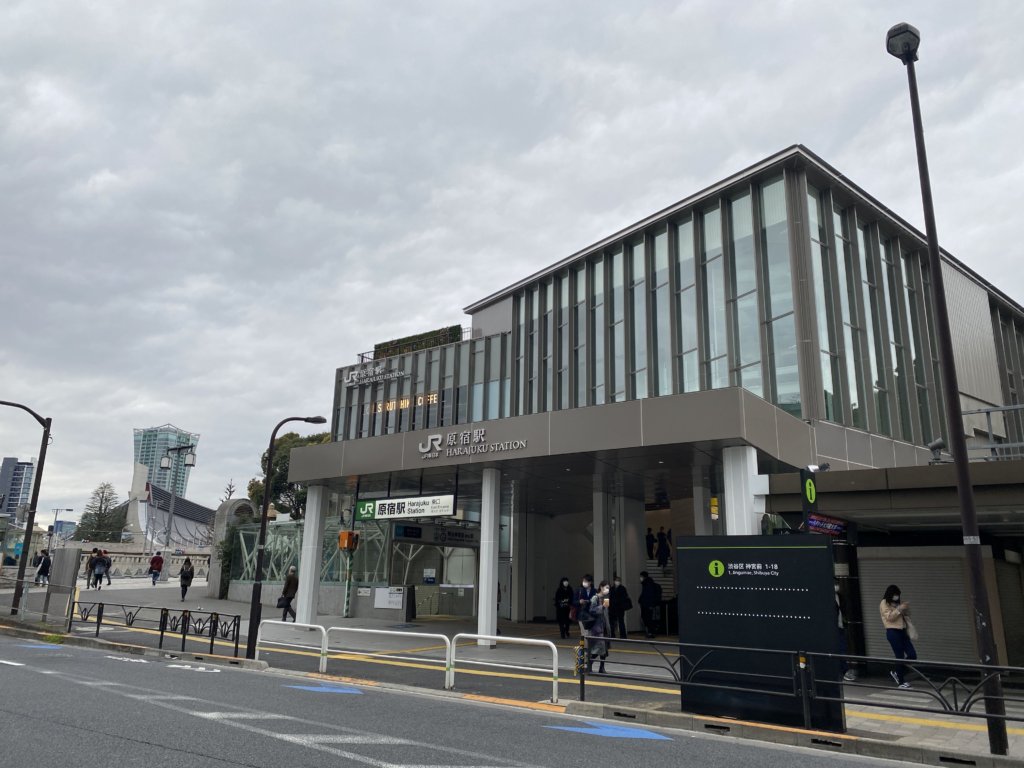 The biggest change this time was the Omotesando exit.
The old wooden station building is different from the old one, but it has a modern structure.
There are two entrances and exits in the direction of Omotesando and Meiji Shrine. 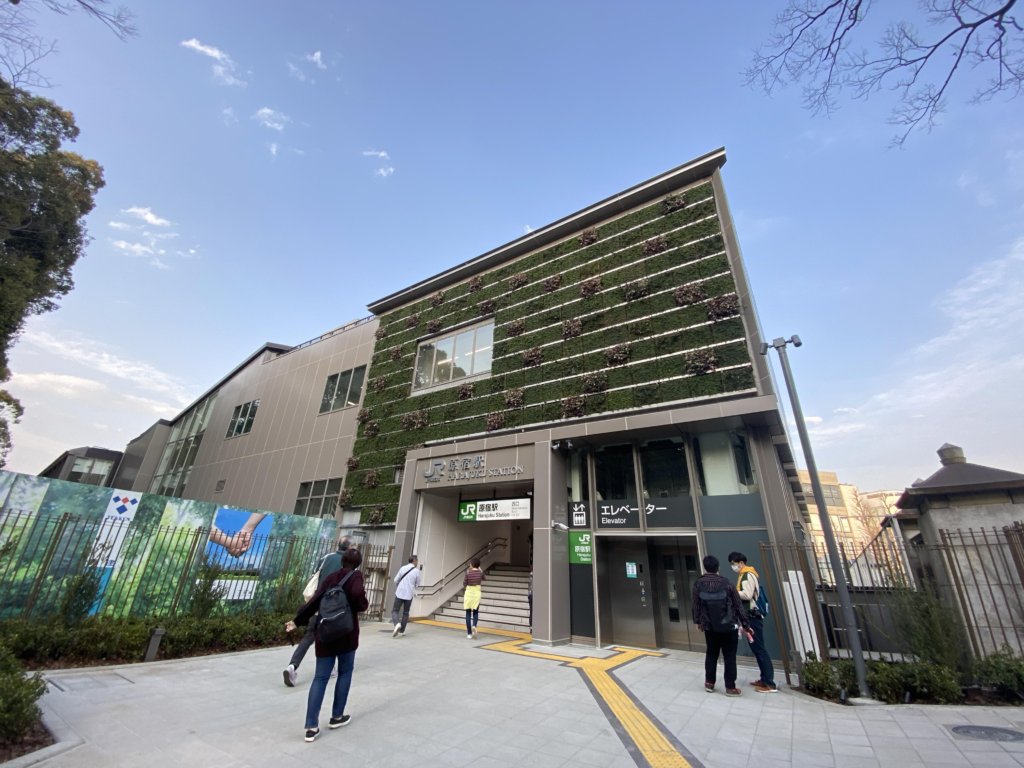 The view is different from that of the Omotesando area, where the greenery is reflected.

By the way, the Takeshita entrance is … 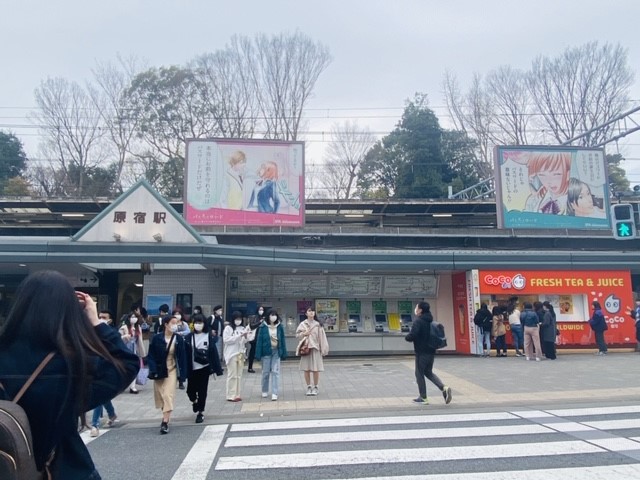 The exterior was almost unchanged!

It’s a bit of a relief that the old platform is still there.

The station is spacious! 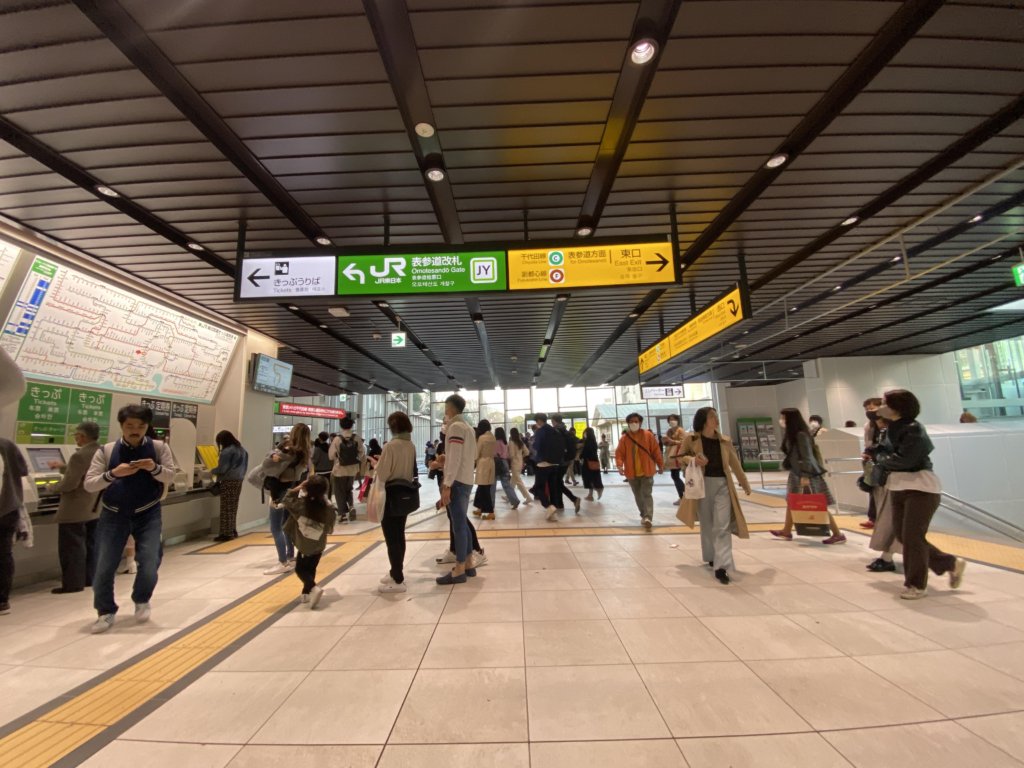 Until now, the road to the ticket gate was narrow and difficult to move around, but now the stairs are wide and there are escalators and elevators, making it a comfortable space.

This station is used by many people even on weekdays, so this is very helpful.

Harajuku Station used to be a single platform, but a new platform has been added to the station to accommodate both inner and outer routes. 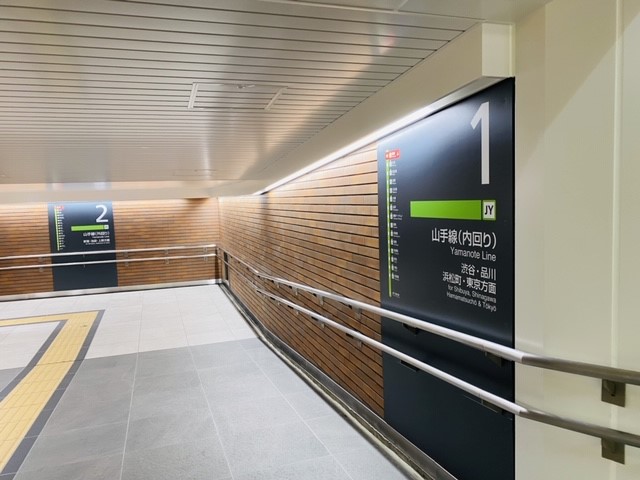 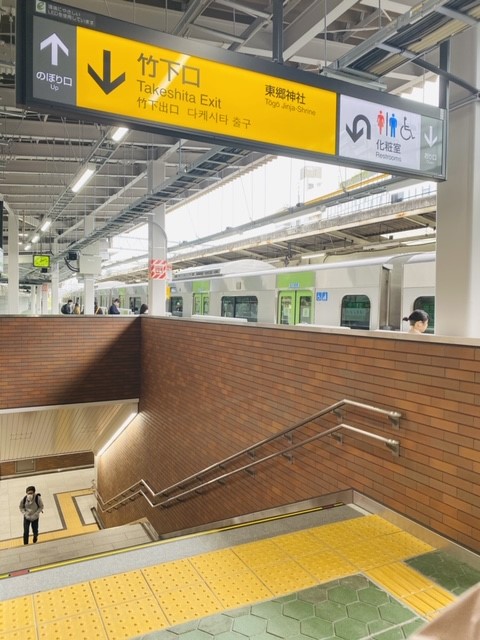 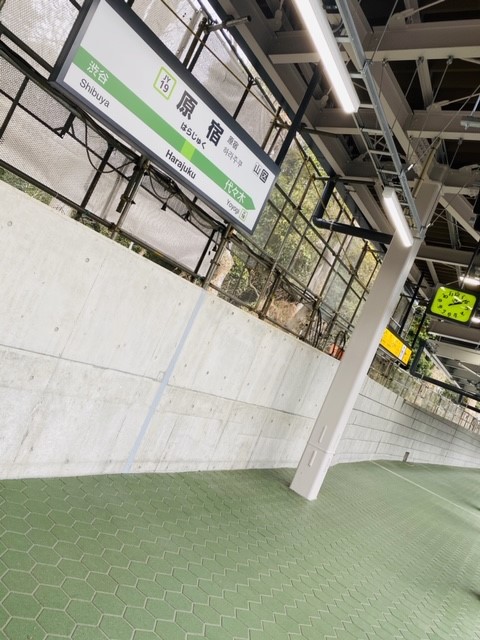 The platform is based on greenery.
It used to be that the rush hour was a bit of a hassle.
I’m glad this is going to alleviate the congestion too!

Excellent facilities in the station!

There are also shops opening in the new Harajuku station. 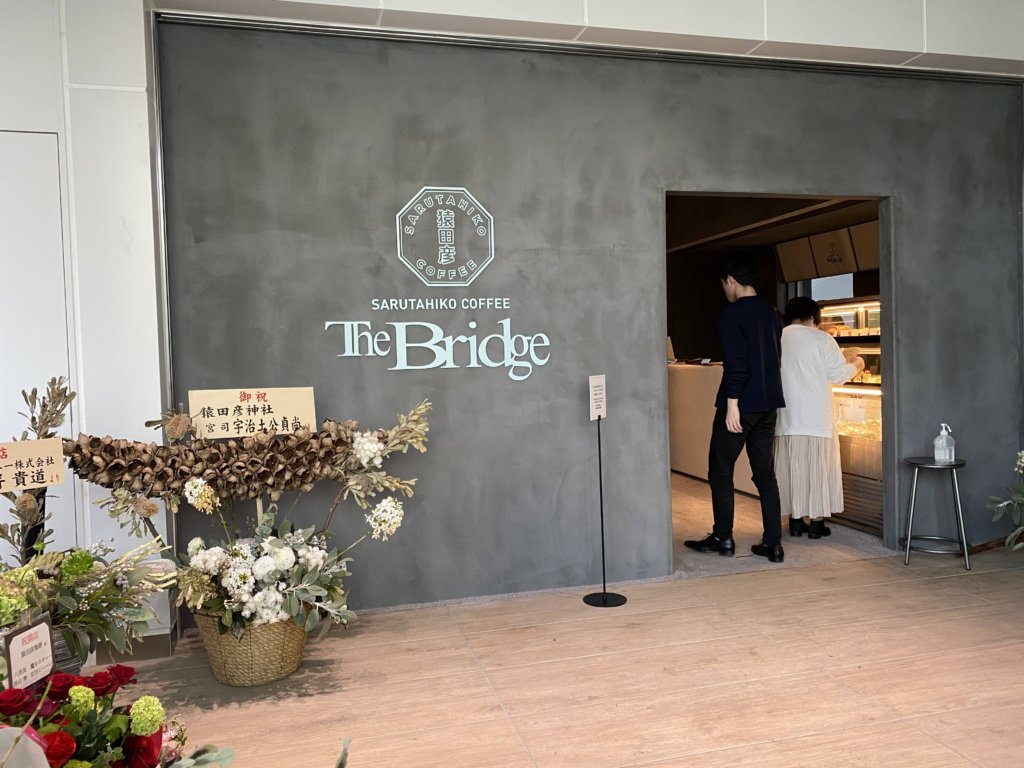 The entrance is very stylish. 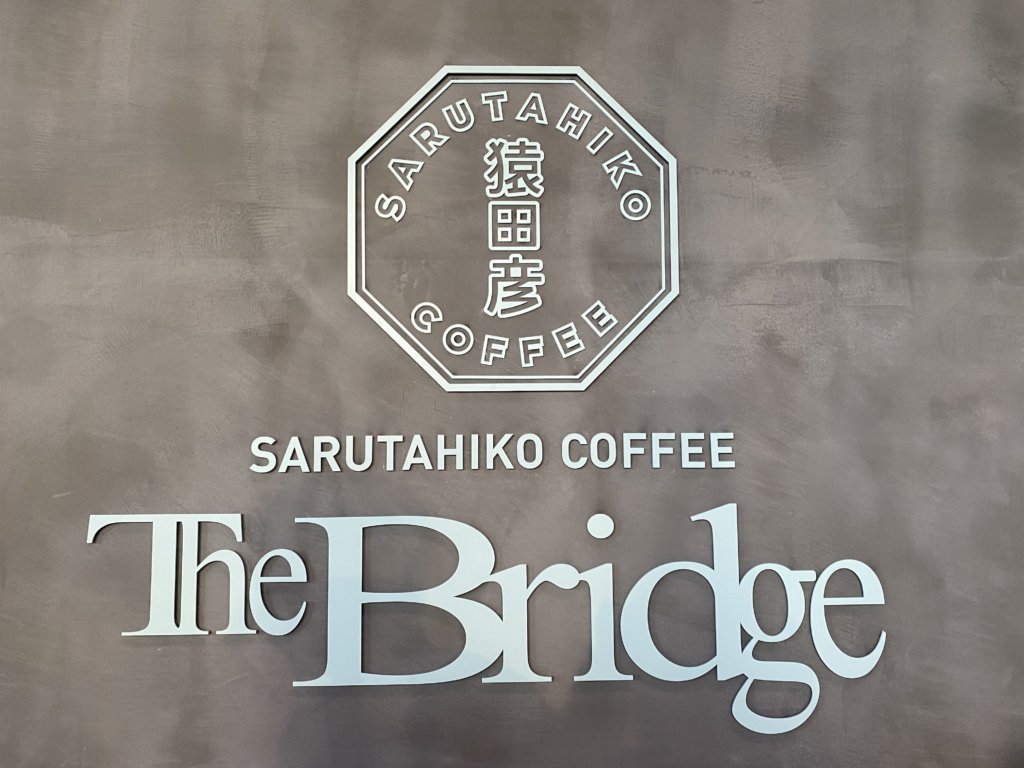 The name “The Bridge” is said to be derived from the Jingu Bridge and the Olympic Bridge right next to the store. It also means that the store hopes to be a bridge between the coffee maker and the customer, between the everyday and the extraordinary, between the past and the future. 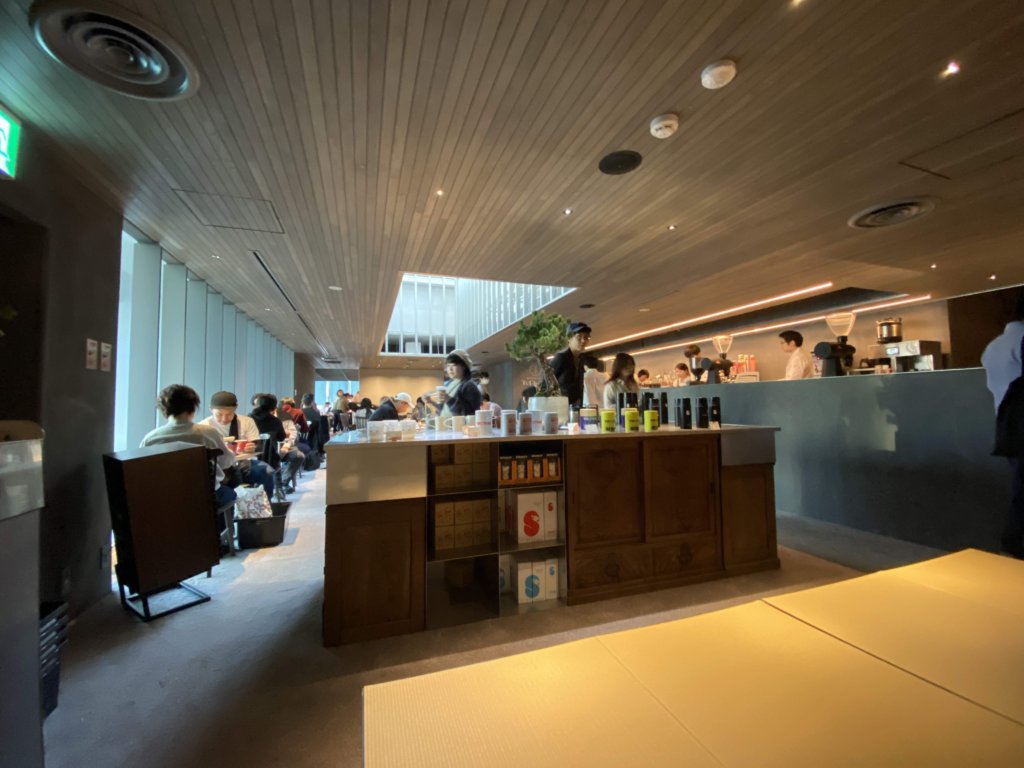 The space is simple, but you can feel the warmth of wood. 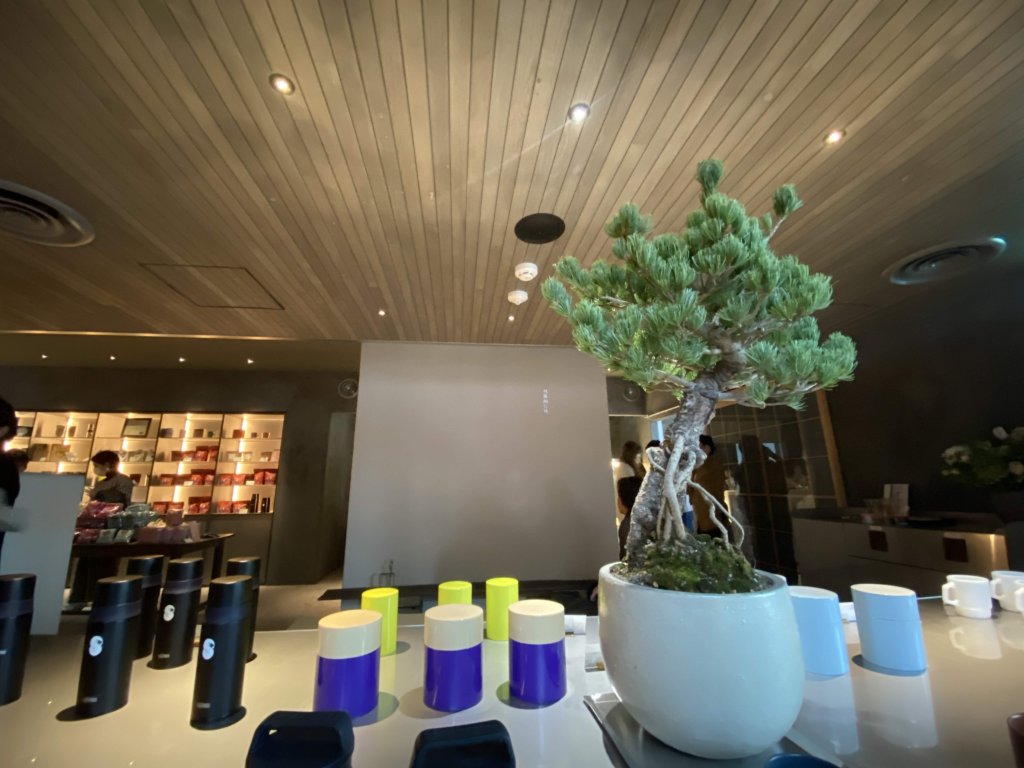 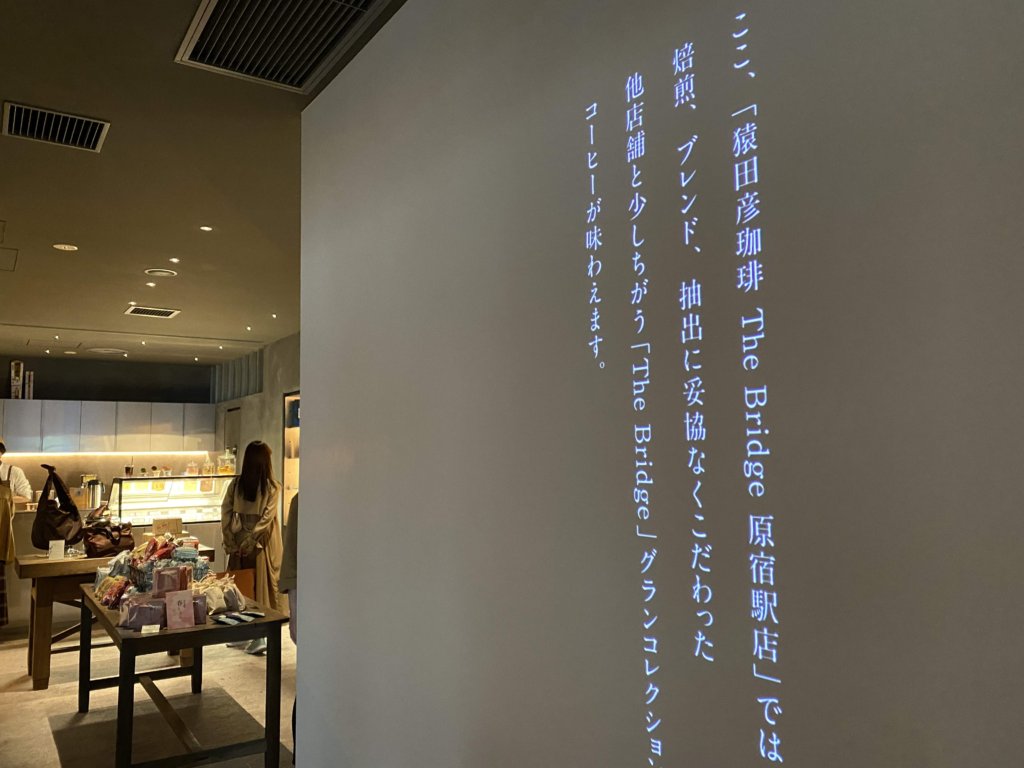 The Sarutahiko story is showed on a big wall.
It’s like reading a flowing novel. 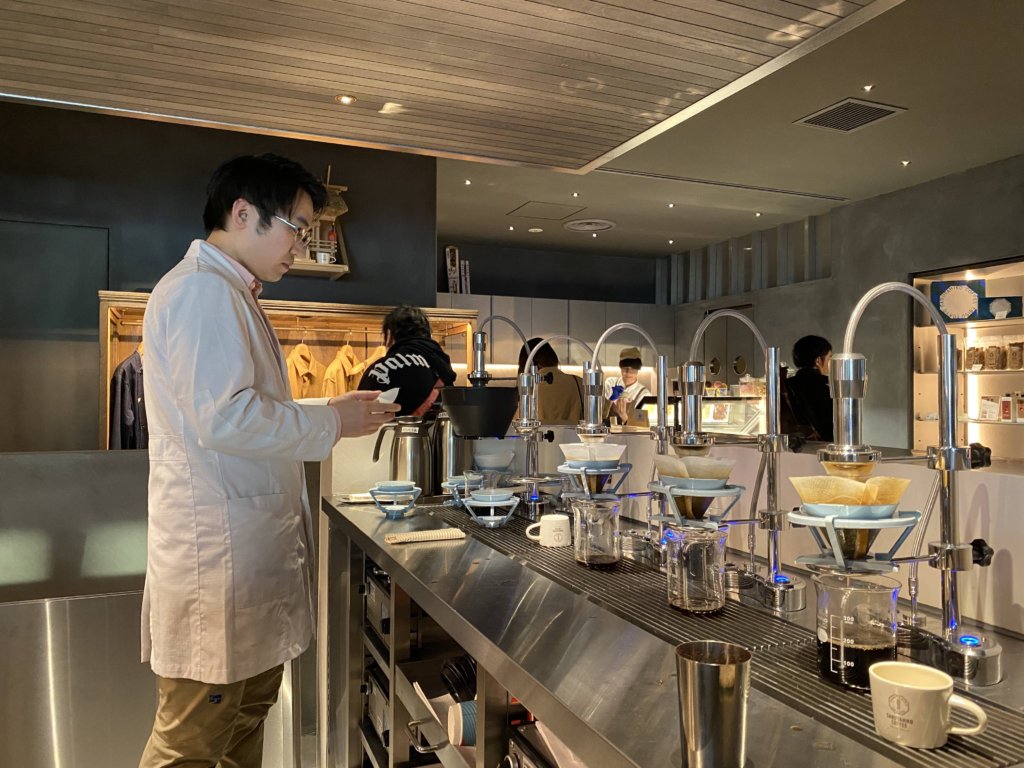 ”Drippen”, original coffee drippers developed by Sarutahiko, is lined up in a row!

It’s nice to be able to watch the coffee brew. 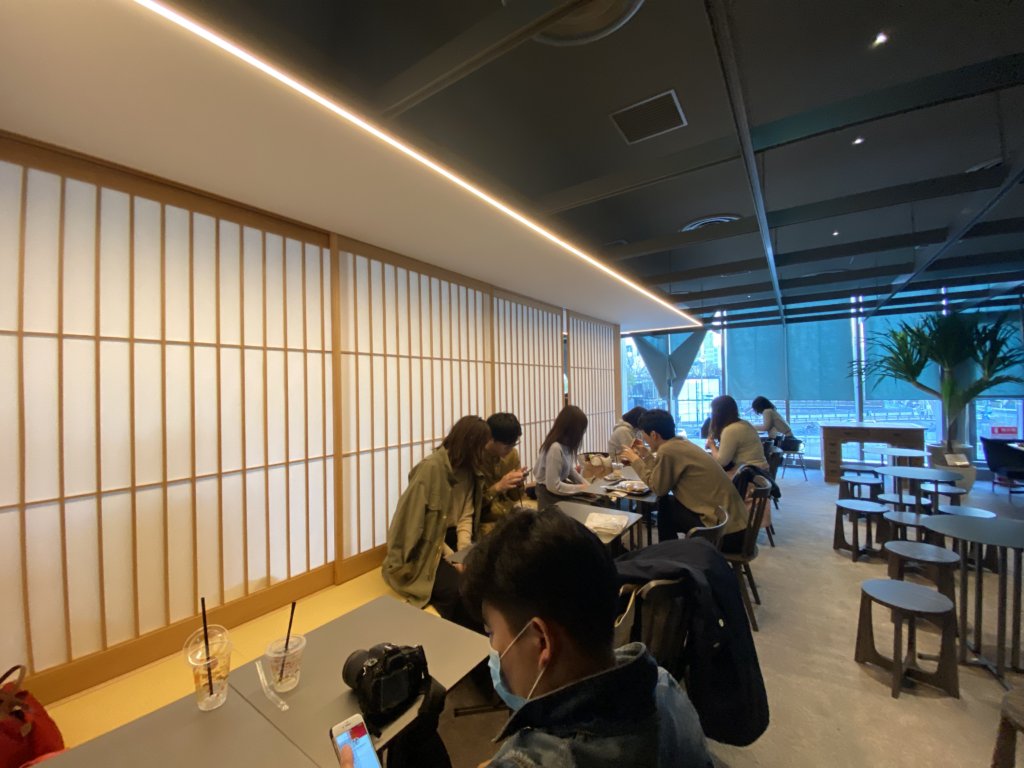 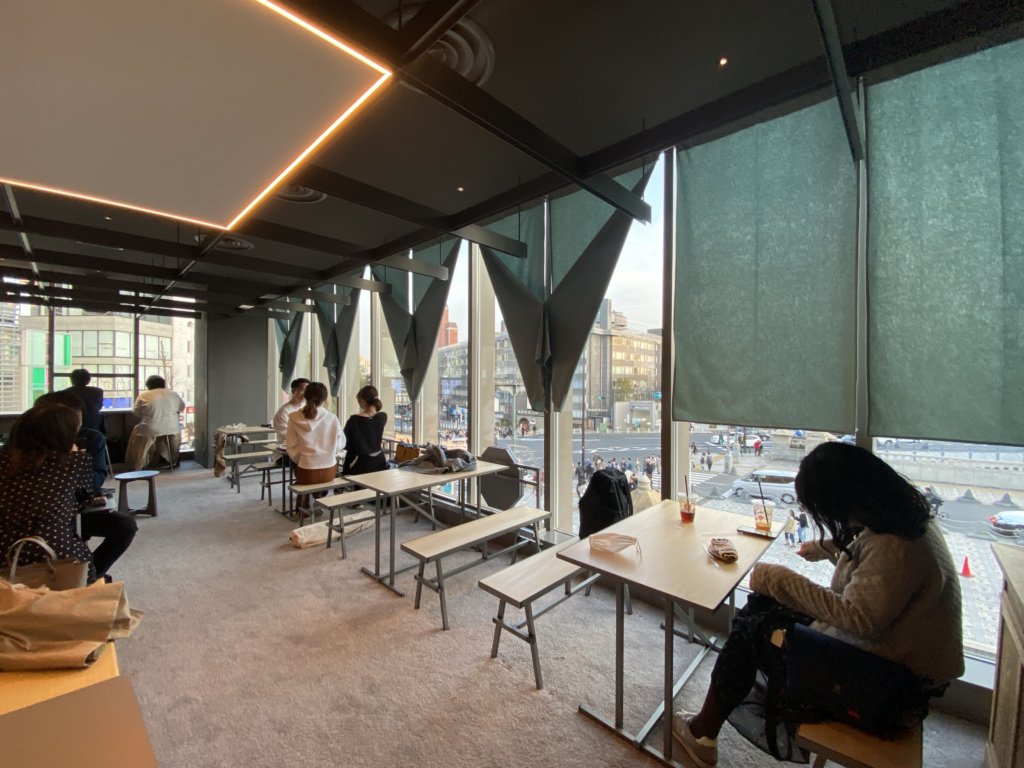 The shop is decorated with Japanese modern shoji screens and large windows! 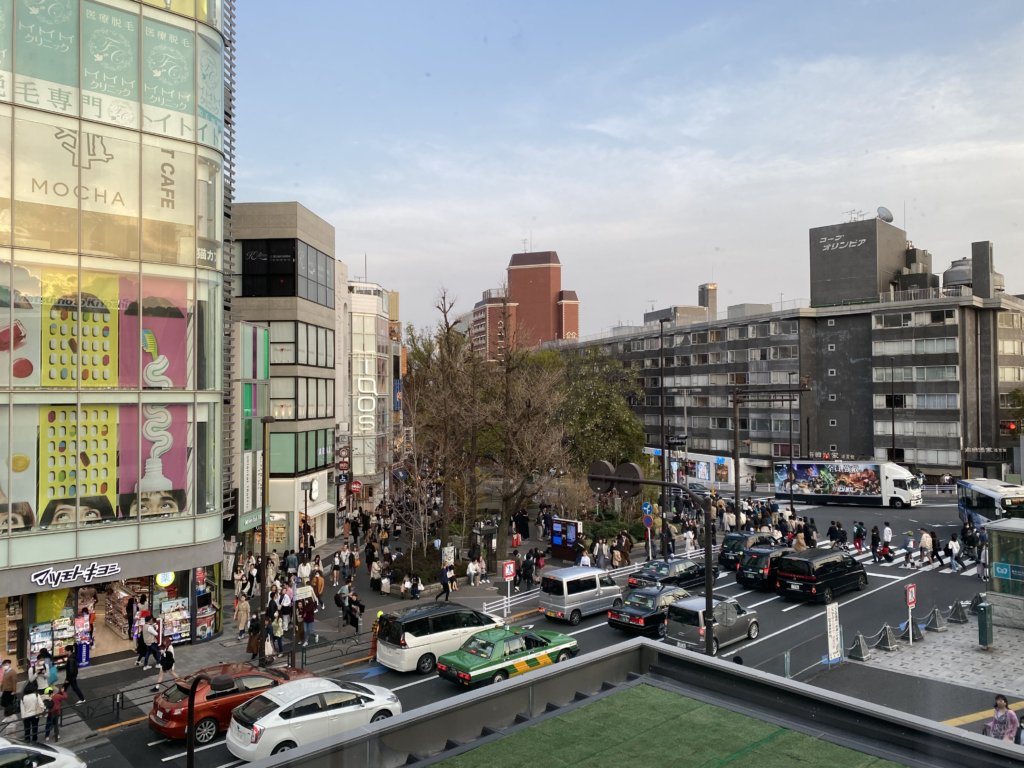 I could see the old GP office…! I miss it!

In addition to coffee, you can also eat ice-cream that is full of originality. 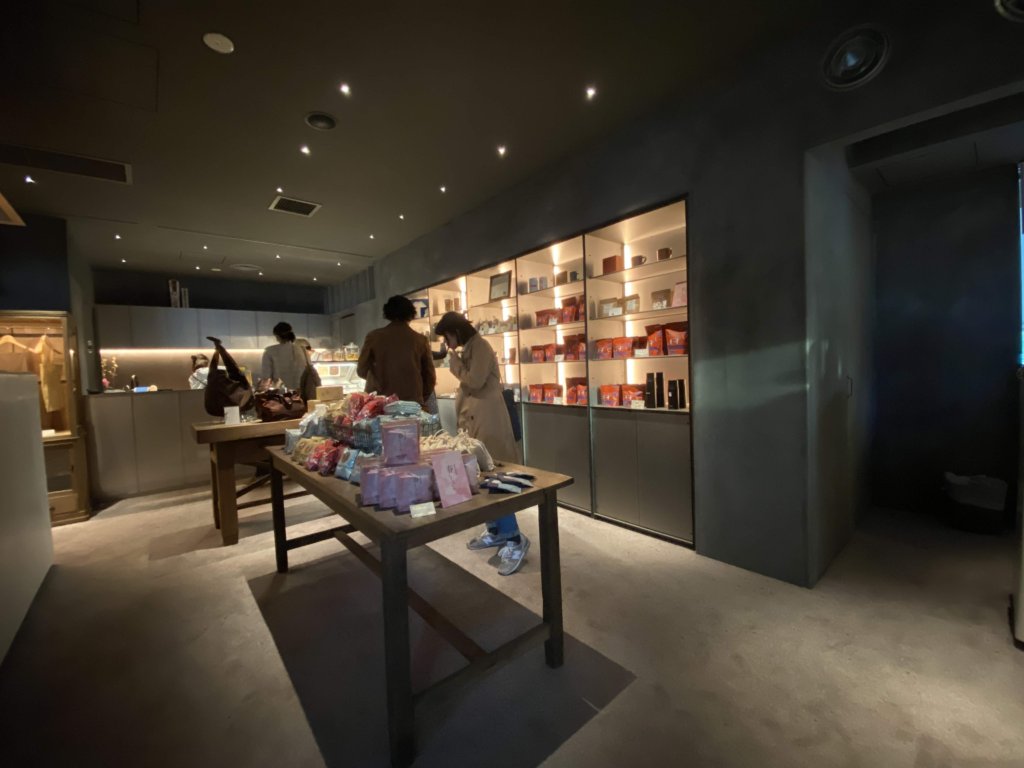 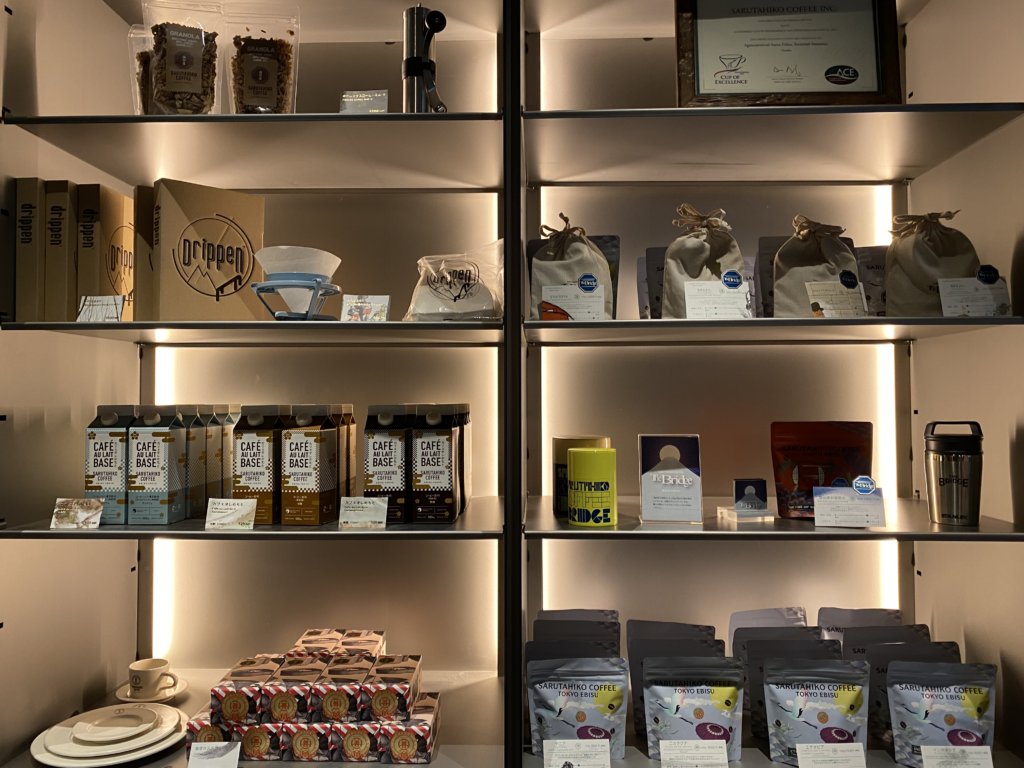 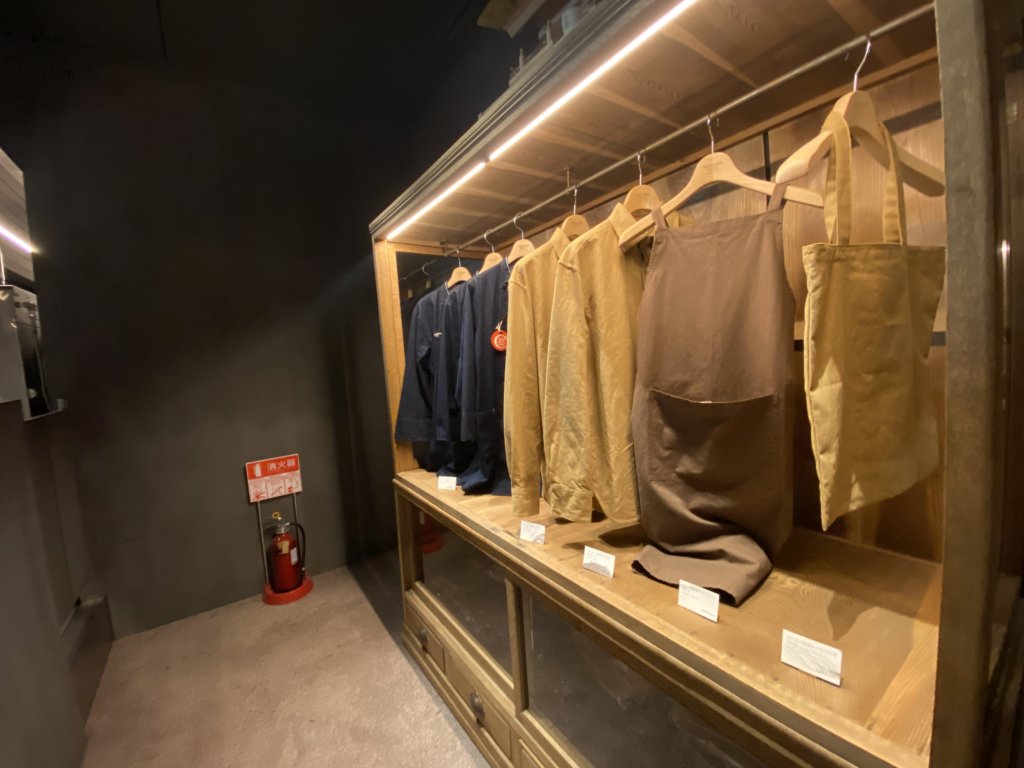 They also had a wide selection of Sarutahiko goods!
And the design was great too!

Originally, there were no cafes directly connected to the station in Harajuku Station.
Sarutahiko Coffee will be a valuable place to relax!

KIYOSUK is now open with a big renovation!
It’s a much larger space and selection than ever before. 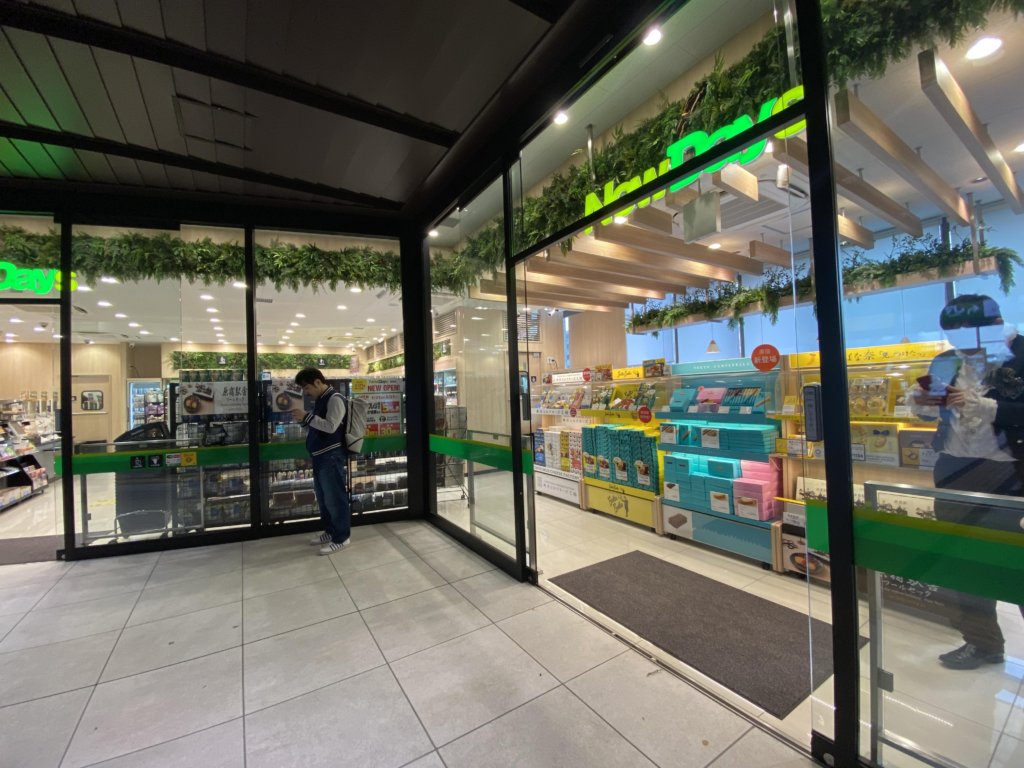 They also sold Harajuku-style souvenirs!
It’s near the ticket gate, so it’s easy to get in.

And it’s not just in the station that’s new!

Harajuku’s new spot “With Harajuku” will open in front of Harajuku Station on April. 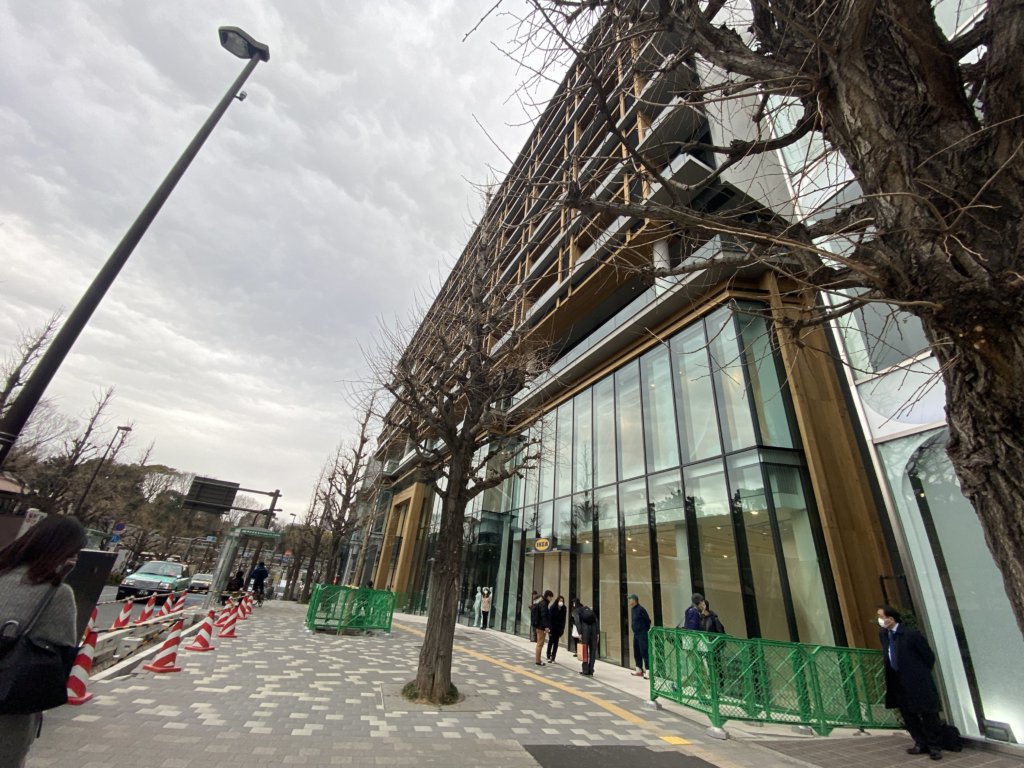 In addition to the IKEA Harajuku, which will be IKEA’s first urban store, there will be many other shops and restaurants, including UNIQLO and Shiseido Parlor restaurants.

I’m really looking forward to it from now!

The station has become a convenient, stylish, and new station for Harajuku, a place that continues to transmit new Japanese culture! 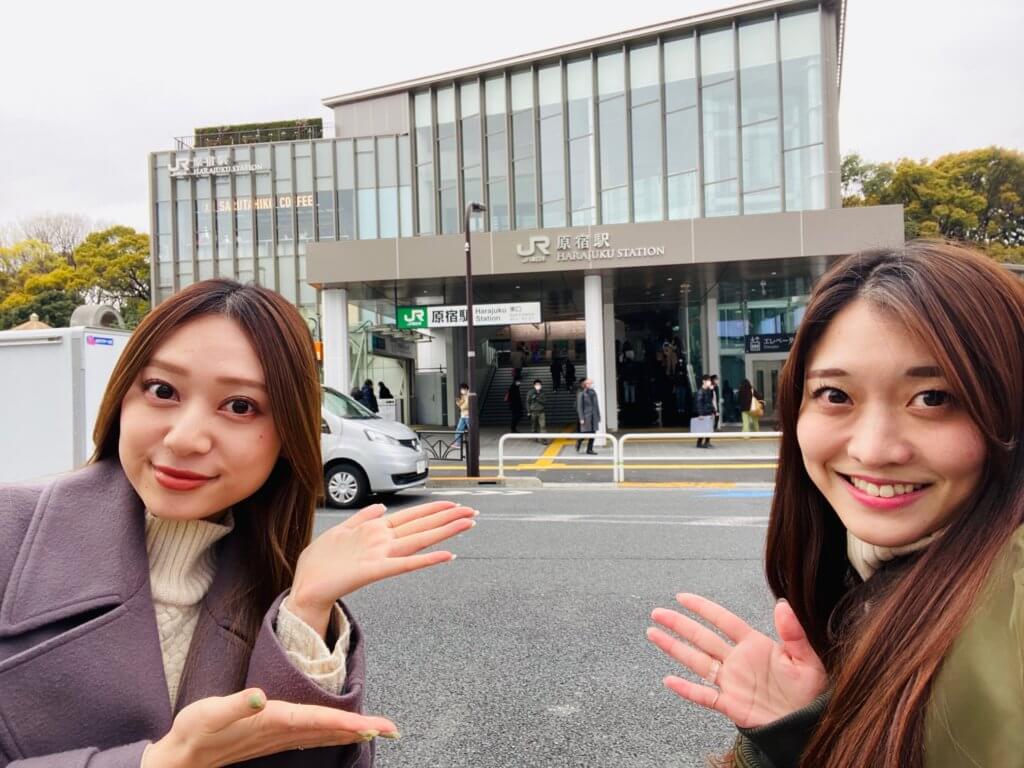 #don’t stop the economy! The “LIVE CONVENTION” event will be held!

PLUS TOKYO, a stylish event space in Ginza!