Hello! My name is Somemiya.

COVID-19 is expected to take a huge toll on the economy as it engulfs the world.

This is the age of the global economy. We live in a time when the state of other countries’ economies has a global impact. This economic crisis is something that the world must unite to confront.

This is where the G20 comes in.
There will probably be more talk about the G20 in the media in the future.

Do you know what the G20 stands for, which countries are involved, and what they’re doing?
Honestly, if someone told me to “name all the G20 countries” I would raise the white flag (haha)
Whenever a global event happens, the G20 or the G7 or the G8 comes up, but in the end, it’s hard to know which country is doing what and what they’re doing.
That’s why I’d like to talk about the G20 in this issue! 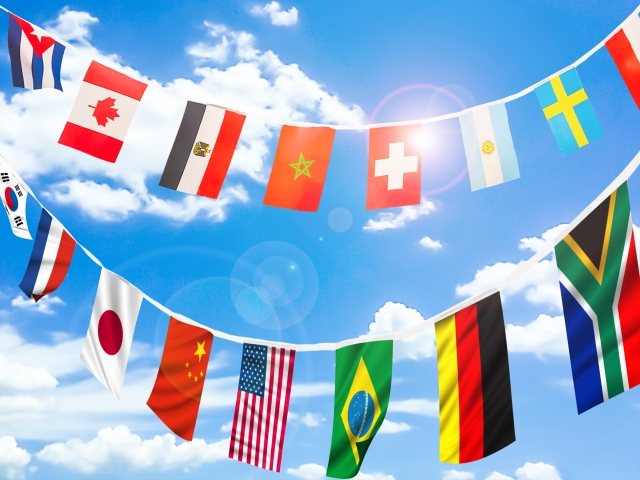 When asked what the G7 and G8 are, it’s surprisingly hard to answer…..
Let’s start with the official name!
G20 stands for “Group of twenty”.
It’s exactly like that.
Incidentally, this is the same for both G7 and G8, and G7 is “Group of Seven” and G8 is “Group of Eight”.

And then there are the constituent countries I’m curious about.
NHK describes the G20 as a group of 20 major countries that includes seven developed countries (G7) plus emerging countries.
So, where does the G7 stand?

is. Incidentally, when the G7 meets, the EU will join the above seven countries.
The G8 consists of eight countries, including the seven members of the G8 plus Russia.

…can you tell me what’s going on?
The People’s Republic of China, which is now the world’s second-largest GDP, is not included in this report.
If it were on a quiz show, I’d be hooked…..
Originally, the G7 was to discuss economic and financial issues among the seven developed countries, but recently international economic issues have been discussed at the G20, partly because they are no longer appropriate for the actual state of the world economy.

The G20 refers to the following 20 countries and regions

The G7 was a little bit biased, but the G20 has a sense of having a wide range of people from all over the world.

Another key point is the inclusion of the EU as a region rather than a country. Countries such as Spain that are members of the EU but are not part of the G20 may participate in the conference as a member of the EU.

The combined gross domestic product (GDP) of the G20 countries and regions (including EU member states) accounts for about 90% of the world’s GDP. The total trade is 80% of the world’s and the total population of the member countries is said to be about two-thirds of the world. If it’s that big, it’s certainly worthy of mentioning the global economy.

However, the G20 refers to the 20 countries and regions mentioned earlier, and there is no organization or secretariat.
When you see the word “G20” in the news, it’s usually when the G20 is having a meeting.

So what the G20 meeting is talking about is economic issues.
The word “economy” can be used to describe a variety of things. Topics in the energy field, tourism, and health-related topics… The meeting was held and discussed from various perspectives.

Currently, the main events are the Finance Ministers and Central Bank Governors Meeting and the Leaders’ Meeting on Finance and the World Economy.

Leaders’ Meeting on Finance and the World Economy
This is a new conference that is being held in response to the deepening of the global financial crisis in 2008. Also known as the “Financial Summit”. The Presidency and the Secretariat will take turns in the G20. Incidentally, the other day, the first teleconference in history was held in the wake of COVID-19.

Probably, as COVID-19 is settled, various global economic issues will come to light. It is the G20 that brings these economic issues to the forefront of international discussion.
It may not be directly related to our daily lives, but I hope this article will come to mind when the name “G20” comes up in the news.